E11EVEN Miami, a famous Nightclub in Miami, announces 11 Captain’s Club genesis collection showcasing the true essence of club culture and nightlife. This NFT project is a collaboration between E11EVEN and Horizen Labs to be launched on May 25, 2022.

E11EVEN was founded in 2014 and slowly rose to prominence as one of the hottest ultraclubs to visit in the world where high-profile celebrities, DJs, and musicians such as Drake, Miley Cyrus, Usher, Cardi B, The Chainsmokers, Post Malone, and many more come together to celebrate music and creativity.

As the nightclub’s popularity grew, E11EVEN transformed into a lifestyle business by opening E11EVEN Hotel & Residences, E11EVEN Vodka, and E11EVEN Life apparel. Now, it has become a proper enterprise with a major restaurant soon to be launched in 2023.

E11EVEN has maintained its popularity in both the digital and physical world by keeping up with the latest trends. It prides itself on being the first-ever nightclub in the United States to accept cryptocurrency as payment.

By building its own ecosystem, E11EVEN also allowed cryptocurrencies like APE as payment for E11EVEN Hotel & Residences in June 2021, becoming the first real estate enterprise to do so.

“E11EVEN has always dedicated itself to being cutting edge and staying ahead of the curve, we have seen tremendous success in the eight months we have accepted cryptocurrency (as a form of payment) and see opportunities like this as a natural transition for the business to continue to expand the brand and our assets,” E11EVEN Partners Dennis DeGori, Michael Simkins and Marc Roberts said.

After that, E11EVEN bought its first-ever NFT in December 2021. The nightclub purchased Bored Ape #11 from the Bored Ape Yacht Collection, which marked its entry into the NFT community.

The nightclub wasted no time to develop its own NFT collection. Seeing the buzz around NFT trends in club culture and the mainstream entertainment industry, E11EVEN decided to launch the 11 Captain’s Club genesis NFT collection in partnership with Horizen Labs (APE), which is a leading NFT-based platform.

11 Captain’s Club is a collection of 1,111 NFTs inspired by E11EVEN’s official coveted hats. Each cap has uniquely generated traits that make it unique and valuable.

E11EVEN has added 11 Captain’s Club as a utility token passport to access its ecosystem. Captain’s Club holders will receive various benefits including an IRL pass, Captain-only events, community access to private Discord, and official Merchandise. The holders get to witness some of the best historical moments of the nightclub and virtual nightlife through these NFTs.

E11EVEN is thrilled to announce this NFT project and hopes to collaborate with different celebrities, influencers, and other famous figures to make a breakthrough into the crypto and NFT world. By exploring new possibilities with the blockchain, the nightclub is ready to dominate the digital world. 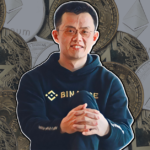 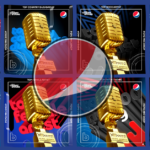