Based on the data on Snowtrace, a total of $374k, $187.4K worth of USDC & 40k $TIC, was stolen, and converted into ETH, causing the native coin prices to drop 50%. CertIK, a security firm, says it’s a flash loan attack on ElasticSwap.

According to BlockSec, hackers seem to have exploited the platform’s two accounting systems. The first is “addLiquidity”, where the attacker used the internal accounting system and transferred USDC.

Then, they used the second “remove Liquidity” to cause an imbalance in the system to earn more, swapped it for AMPL, and then for ETH.

The hackers are also attacking Ampleforth (AMPL), an open-source wrapper protocol on the Ethereum blockchain, front-runed by a MEVBOT address. The native coin, AMPL, is down by 7% at the time of writing.

According to the data displayed for AMPL on Etherscan, the attackers first swapped 152.3k worth of AMPL for 156.7k ETH, and then swapped 472K USDC for 366 ETH, both by using the Uniswap platform.

As of now, both platforms haven’t shared any statement about the situation. 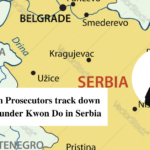 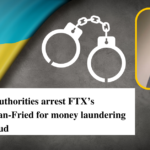