Griffith was charged with violating sanctions law by giving a cryptocurrency and blockchain presentation at a North Korean conference in 2019.

Virgil Griffith, the Ethereum developer charged with violating U.S. sanctions law, has pleaded guilty in an agreement with federal prosecutors.

Griffith pleaded guilty to one charge of conspiracy to violate the International Emergency Economic Powers Act on Monday in a New York courthouse. The plea deal could see him serve between 63 and 78 months in prison. He will be sentenced in January 2022.

The developer was arrested in November 2019 after giving a presentation on cryptocurrency and blockchain at a North Korean cryptocurrency conference in April that year.0 seconds of 2 minutes, the 26-second volume of 90%.

He also agreed to a forfeiture clause, though details were not released at press time. A 2019 charging document calls for the forfeiture of any proceeds Griffith earned from giving the presentation.

While Griffith was originally released on bail in 2020, he is currently in jail on allegations of trying to violate his bail conditions. Griffith tried to access his Coinbase holdings to pay his attorneys earlier this summer, which prosecutors said violated the terms of his agreement.

After entering a guilty plea, Griffith’s lawyers requested he is moved from Metropolitan Correctional Center to Essex County Correctional Facility in Newark, N.J., citing “very difficult” conditions at MCC, which is known for being dilapidated and dangerous for inmates.

Griffith, known for his normally bright and gregarious personality, was sombre and emotional in court. When asked by the judge how he was feeling, Griffith said he had been doing daily “meditational training” and was “acutely aware of how awful [he was] feeling.”

He was charged with violating a pair of executive orders that prohibit some types of transactions and activities in North Korea, including exporting services by U.S. persons. As a U.S. citizen, Griffith qualifies as a U.S. person, though his primary residence was in Singapore before his arrest.

At the centre of the allegations was a presentation Griffith gave to the North Korean conference. While the specifics of the presentation have not been released, attorneys who commented on the case noted that much of the material may have already been public.

However, that may not have mattered for the prosecution.

Monday’s agreement caps off nearly two years of legal back-and-forth between attorneys for the prosecution and Griffith. Defence attorneys repeatedly requested clarity about the charges being brought, according to public filings.

Griffith’s plea deal came as a surprise, as both prosecutors and Griffith’s defence team have been preparing for a trial. A jury was finalized Monday morning.

Documents filed in the case indicate that the decision to reach a plea agreement was reached over the weekend. 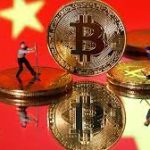 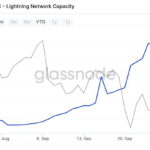