Contents
Twitter Post Due To Which Ethereum Name Service Kicked Out Millegan:Millegan Response On This Controversial News:Twitter Discussion By Users Over This New Controversial Topic:

A recent tweet by nick johnson announced that  Brantly Millegan will be eliminated from the post of Director of Operations of Decentralized Autonomous Organizations DAO’s corresponding official organization True names LTD. As, well this decision has been made after the ENS community voted.

On the weekend The Ethereum Name Service(ENS) community voted against Brantly Millegan and demanded to eliminate him as a steward. Due to his Twitter post that resurfaced recently, that he posted back in 2016.

Ethereum Name Service (ENS) dubbed that ENS  provides the ability to point a domain name to a crypto wallet. Users would be able to visit a .eth domain name instead of complicated crypto wallet addresses. Additionally, domains are tradeable in form of non-fungible tokens. As well, there are more than 675,000 registered names presently. While explaining the  Ethereum Name Service (ENS) project in 2020 to CoinDesk, Brantly Milligan told that “Practically it means that now you can have a name under your ownership, that has all the decentralized and censorship resistance, and programmability of Etherum.”

Millegan Response On This Controversial News:

Milligan has not apologized for his words, referring to his religious beliefs.  By a recent discord post, he reconfirmed that traditional-minded Muslims, Christians, and Jews should not be eliminated from Web3.0. Also, he has got supporting messages from the individuals who self-recognize themselves as being traditional followers of these religious groups.

Last weekend, the community representative from the Ethereum Name Service(ENS) DAO voted to eliminate Millegan. However, the vote was not unanimous, with some representatives alerting about the downfalls of “Cancel Culture”  or the irony of Decentralized service centralizing all over the voice of one individual.

However, some resources showed that the ENS token Market value surged after this news. From 4.5% to $20.76.

Twitter Discussion By Users Over This New Controversial Topic:

A user “Victorstark” in the discussion thread.

“Brantly has been a valued team member of TNL for the past three years. However, as a team, we felt that his position with TNL is no more tenable.”

“Woke and cancel people are more toxic than Brantly ever could be, pure herd mentality at work.”

“Many of you were hurt by Brantly’s comments over the past 24 hours. And we strongly believe that ENS should be an inclusive community. Going forward we’ll continue to do everything we can to ensure that remains the case.”

Thus, we can see that the authority and power of DAO were not only verbal but actually exist practically. As following the ENS community’s high voting ratio, the developer of Ethereum Name Service kicked out its employee.

We would like to know your views and thoughts on this matter. Please don’t forget to leave your comments and feedback. As well, you can connect with us on our NFT based community on our social media accounts on Instagram, Facebook, and Twitter. Feel free to share your thoughts, and comments with us. 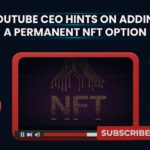 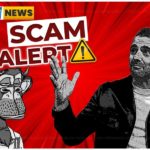