On the previous day, Bitcoin dropped further below $60,000 to its lowest level in about three weeks amid a broader decline in cryptocurrencies as concerns about US taxation and China’s continued crackdown swirled.

Sentiments continue to remain fairly bullish, and most believe that this correction is a function of market cycles and some fundamental macroeconomic developments in the US and China.

After most cryptos breached their respective all-time highs last week, a healthy correction seems to have set in since the start of this week. At these levels, several assets are looking attractive, and this can be seen as a result of volumes, said ZebPay Trade Desk.

“Solana and Bitcoin are leading the charge and have witnessed great inflows as investors (both retail and institutions) seem to be accumulating the asset to benefit from the recent fall,” it added.

“Ethereum, DOT, and AVAX are also following the similar trend.”

Tron is amongst the early blockchain platforms in the industry, focusing on needs that are often the first examples of the power of decentralization. It delivers solutions for file sharing, gaming and, like Ethereum, even enables creators to launch their own tokens. Its native token – TRX – more than doubled in a run since July before the market dip in November.

A fibonacci pull from September indicates TRX is trading just above its .236 retracement support line, with the .382 level at $ .. 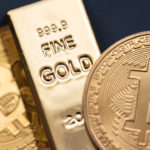