Etherum Foundation’s new changes of rebranding Solved All Puzzles by dropping ETH2. And a new mixture of (Eth1) the execution layers, and (Ethe2) consensus layer, will be marked as Etherum.

Further, the Etherum Foundation has eliminated all the references to “ETH1”, and  “ETH2” in favor of calling the real blockchain the execution layer, and the modified proof-of-stake (POS) chain the “Consensus layer”

As well, the long-awaited Etherum Foundation‘s proof-of-work mining model to a Proof-of-stake (POS) consensus mechanism. That is predicted to be presented in the second or third quarter of 2022.

By a recent blog post, the etherum foundation marked that the branding of Eth2 was unsuccessful in briefly capturing what was happening to the network, through its order of upgrades.

“One major problem with the Eth2 branding is that it creates a broken mental model for new users of Ethereum. They intuitively think that Eth1 comes first and Eth2 comes after. Or that Eth1 ceases to exist once Eth2 exists.”

“Neither of these is true. By eliminating Eth2 terminology, we protect all future users from navigating this puzzling mental model.”

Beneath the new terminology, the mixture of (Eth1) the execution layers, and (Ethe2) consensus layer, will be marked as Etherum. Meanwhile, the individual features, like the beacon chain merge, and shard chain are now mentioned as “upgrades”

Moreover, the Etherum Foundation stated that rebranding of  “ETH2”  would support transparency to exclude frauds, in which threat actors trick victims- uninformed that their Ether will automatically shift to Ether2 following the merge- into exchange ether for fake “ETH2” tokens.

Moreover, the post said that unluckily, Threat actors have tried to utilize the ETH2 misleading term to trick users. By guiding them to exchange ETH for ETH2 tokens. And no matter what, they must have to shift to ETH before ETH2 advancement.

Unfortunately, a miserable response occurred as most of the Reddit users’, laughed, and complained after the news of the Ethereum foundation’s new changes. Many complained that the long period the merge was taking.

Redditor u/Kristkind said that the Etherum Foundation took this step too late. Highlighting that the term ETH2 has already been  massively acquired by the media and users’

“Everybody in the media, even the crypto-related one, runs with the term 2.0 or simply Eth2. And honestly, I think it is better that way, because [it’s] way easier to get for the (semi-)layperson, than ‘consensus layer,’ which needs you to understand the architecture of the network”

Following the amalgamate and change to POS for afterward this year. This year the remaining milestones of etherum present plan the shard chain upgrade. That planned to be unveiled later in 2022, and earlier in 2023.

The etherum foundation’s upcoming shard chain will see Ethereum’s network’s load. Which is placed over 64 new chains for the purpose to improve its scalability and volume.

Despite this year 2022, it is getting ready to be a positive year for etherum. Also, the value of etherum has skyrocketed during the current downturn across stock, crypto markets plummeted 40% over the previous 30 days. 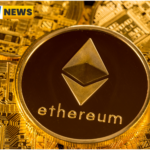 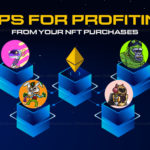