After making his name in the Web1 and Web2 eCommerce space, Panconesi along with his fashion-tech company, Avawear, is ready to enter the Web3 world by introducing wearable NFTs marketplace.

LuisaViaRoma originates back in 1999 when the eCommerce world was slowly emerging but wasn’t much common until the late 2000s. Being the pioneers of e-retailers, LuisaViaRoma maintains its status as an authentic fashion brand with many noteworthy achievements thanks to the mastermind behind, Andrea Panconesi, who is now the Chairman after selling 40% shares to Style Capital last year.

Panconesi is an eCommerce entrepreneur who has always welcomed new technological and web-related innovations by integrating them into the fashion industry. Much like with Web2, he is now integrating fashion with Web3 by launching the first-ever wearable NFT marketplace.

The fashion entrepreneur believes that the Web3 space is now mature enough to bring in the fashion industry by introducing wearable NFTs. As the CEO of Avawear, Panconesi wants to create a space for new and emerging fashion designers and brands to unleash new possibilities within the industry.

In an interview with WWD, he said, “It’s just the beginning of this adventure, it feels like being back to 20 years ago when Web1 was introduced. The only difference is that it took 20 years to transition to Web2, while only two to three years were needed to reach this stage [Web3].”

He says, “It’s been a long time coming, I wanted to channel my experience in fashion of over 20 years into a digital vision, now that the market is mature enough to consider digital commerce a concrete business driver.”

That digital vision starts with Wear3 and continues on by adding new features and projects within the Web3 world. According to Panconesi, Avawear will launch its very own crypto token for the Wear3 marketplace later in the future. Currently, it will accept other cryptocurrencies as a mode of payment.

Before the launch of Wear3, Avawear also introduced its very own MOD4 gaming platform in 2020 that will also be involved in the Wear3 marketplace.

The users will be able to outfit the gaming avatars on the MOD4 gaming platform after minting wearable NFTs through Wear3, which will later also integrate various metaverses.

Panconesi also plans to release exclusive wearable NFTs in collaboration with LuisaViaRoma, which will officially launch the brand into the Web3 space.

Wear3 marketplace is more than just a platform for wearable NFTs, Panconesi and the Avawear team plan to build a brand-new ecosystem surrounding Wear3 with its very own community.

As mentioned before, Panconesi wants to build Wear3 as a democratic or decentralized platform where every creator or fashion designer has an equal opportunity to showcase their talent. To make this ideal come true, the Wear3 will consist of a Decentralized Autonomous Organization or DAO that will be involved in making big decisions for the marketplace.

On introducing DAO, Panconesi said, “The Web3 phenomenon has seen explosive growth over the past two years…and it was dominated by tech giants which made huge investments, but I expect the people to take over, rule Web3 and own their data.”

One of the main components of Wear3 is to integrate physical with digital. To make this project a success, the DAO community will nominate noteworthy wearable NFTs that will be produced and distributed as their physical counterparts. In a way, every NFT wearable collection has an opportunity to launch its physical line if it is recognized by Wear3’s DAO community.

The eCommerce entrepreneur said, “Physical distribution will remain key and will follow the evolution set by economic trends, but it will be flanked by the Web3 realm. I see the [fashion] ecosystem as communicating vessels, when one vessel reaches saturation point, then business opportunities spill over to something else, that is nascent.”

Seeing the success of the MOD4 gaming platform, many are highly expecting that the upcoming Wear3 NFT marketplace will bring something to the NFT industry. After all, it is an innovative idea that perfectly fits the fashion industry. 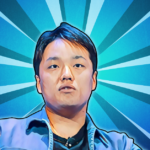 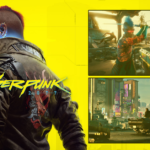