NFTs have taken the cryptocurrencies market like a storm this year. The Facebook tech conglomerate is immersed in the non-fungible tokens world. The news came a day after Visa announced its CryptoPunk NFT purchase for $150,000. It seems like financial giants and big tech players are foreseeing the opportunity in the NFT ecosystem. Facebook is thinking to build NFT related features and products that have taken off with the evolution in Blockchain technology. Facebook is one of the biggest social media platforms, and every individual knows its significance in digital marketing. They are now working to launch a digital wallet for low-cost payments for its users. So let’s have a look at what Facebook lead person Marcus said about their plans.

Marcus said Facebook would keep in mind to launch the Novi wallet without Diem. He believes that it is a necessary thing to change the payment methods. The social media users hope that they will be able to use Facebook’s wallet to transfer Diem, which could lower the time and reduce the costly fees to send money cross-border. Marcus said countries like the United State will struggle to keep up with China in the adaptation of digital payments without more innovation in payment technology. Facebook is considering building NFT features alongside digital wallets. The logo of Facebook is displayed on a smartphone in a photograph taken on Wednesday, Oct. 7 in Little Falls, New Jersey, U.S. Furthermore, Facebook is tightening its grip on the United States presidential election next month.

Marcus leads the Facebook financial group and the internal development of Novi’s digital wallet. He said, “We are looking for multiple ways to get involved in space because we think we are in a good position to do so”. He recorded this statement in an interview on Bloomberg television. The digital wallet could be useful to hold NFTs, so it will be helpful for consumers to support NFTs. The previously used currency was Libra which was also co-founded by Marcus in 2019. However, now they are planning to offer a so-called stable coin, but it’s unclear when they will introduce the coin. This project faced severe pushbacks from regulators and lawmakers when it was unveiled. However, Facebook is working on the project independently to run Diem.

Launching along with Diem:

Facebook Diem, previously known as Libra is the company’s most aspiring project in the Fintech world. Over the last few years, Facebook has faced different pushbacks. However, the project of Diem works independently under the partnership of Facebook. The Facebook Novi digital wallet is about to launch, and Marcus said they are willing to launch it with Diem. Facebook wishes that the users should try Novi digital wallet along with Diem for transfer purposes. The whole plan is designed basically to facilitate instant and low-cost payments across the border. Marcus further added that the simultaneous launch of Novi + Diem is necessary to change the payments ecosystems. However, as the last spot, Facebook might consider launching Novi without Diem.

By signing up, you agree to our Terms of Use and acknowledge the data practices in our Privacy Policy. You may unsubscribe at any time.
NFT Studio 24 September 22, 2021
Share
What do you think?
Love0
Sad0
Happy0
Sleepy0
Angry0
Dead0
Wink0
Previous Article 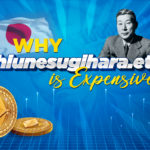 Why Chiunesugihara.eth is 8000 Ethereum? Why is this Expensive?
Next Article 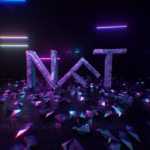