As the new football season begins, the Web3 industry is also launching new games and NFTs to cater to the fans. FIFA World Cup Qatar 2022’s first match is set on November 20 between Qatar and Ecuador.

The football craze is back after 3 years of waiting and the Web3 community is doing something special for the sports enthusiasts to enjoy the thrill of the matches through games and collecting valuable collectibles of their favorite players.

Here are some Web3 projects you should know about:

The biggest platform for fans to watch and interact with their favorite players is FIFA+ Collect led by the International Federation of Association Football. This platform is built on the Algorand blockchain and is much similar to NBA Top Shop.

In other words, fans can buy, sell, and trade NFT trading cards of legendary moments from the sport on the platform. Collectors can enjoy the benefits of engaging with their favorite players virtually from anywhere around the world.

Algorand is also the regional supporter of the FIFA World Cup Qatar 2022 and it is also the official blockchain partner for FIFA.

Backed by Animoca Brands, Cool Cats FC is a collection of 4,000 NFTs in partnership with OneFootball Labs. Each collectible features a themed cat representing 1 out of 32 countries.

This collection is connected to the tournament in such a way that anytime a team advances, the digital card will also evolve to show their progress and holders will get benefits based on it including autographed merch, exclusive IRL experiences, and digital items.

Furthermore, the top 5 holders of the winning champion team will also receive a grand prize, which includes a meet-and-greet with the players, a visit to the San Siro Stadium of AC Milan and the AC Milan museum, a meeting with Cool Cats FC creators, a round-trip ticket and accommodation in hotel in Milan, and much more.

The mint for this NFT collection begins on Nov 17-18 for Allowlist members and public sale will commence on Nov 19.

Some blockchain-based games have also signed with FIFA for fans. In previous years, the World Cup introduced esports games to commemorate the event but now the organizer is moving towards Web3.

These games include UplandMe, a metaverse game linked to FIFA+ Collect digital assets that users can use to play and also experience the match by virtually traveling to the arena replica of Lusail Stadium.

Other experiences like MatchDay & Phygtl are yet to be launched exclusively for this tournament.

Binance is also bringing new football-themed metaverse events which include $600,000 in prizes from more than 60 activities called Football Fiesta on BNB Chain. It’s a proper Web3 initiative campaign that has a wide range of challenges and zones such as the Match Prediction Challenge, New User Welcome Zone, Championship Hackathon, Glory Pass Challenge, and more.

The team will soon be hosting a party with the RACA racing game in San Francisco on November 21, 2022, gathering football lovers from all over the world.

There are many events currently happening that can keep up with the thrill and celebration of the upcoming sport season. Budverse announced a partnership with FIFA World Cup to mint NFTs and enjoy the benefits. Roblox is also bringing the World Cup to its metaverse platform with mini-games and special avatars.

This year’s season is going to be exciting because it will not only bring together fans from all over the world but also bring more Web3 adoption. For the past few years, many firms and projects have been trying to educate and promote blockchain technology to the masses, FIFA can be a great place to bring non-Web3 users into the space. 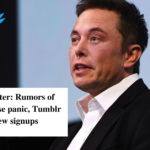