FinCEN warned all financial bodies to stay alert, as Russia can use digital currencies to avoid sanctions. 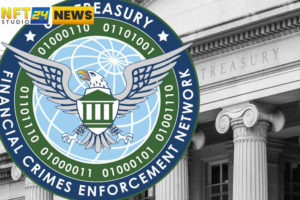 On March.7 the  Bureau of the treasury department, United States Financial Crimes Enforcement Network (FinCEN ) has issued a warning, the FinCEN Alert.  To the Financial bodies of the US to keep a hawkeye on the possibilities to avoid extensive sanctions. And other imposed bans that have been applied by the US authorities on Russia due to its assault on Ukraine.

Furthermore, the  FinCEN alert nudged the financial bodies “ with visibility into digital currency.” And Convertible virtual currency or CVC, to immediately report any suspicious activity.

That could be recognized as a potential way for Russia. To avoid sanctions that have been enforced by the United States and its allies.

Meanwhile, the US watchdog stated that. The Russian authorities using CVC to run away from the large scale sanctions was “not necessarily practicable.”

Words By The Director Of Dept Of Treasury/Financial Crimes Enforcement Network.

Him Das who is serving for the position of acting  director since 2018 in the dept of financial crime enforcement network said,

“In the face of mounting economic pressure on Russia, it is vitally important for U.S. financial institutions to be vigilant about potential Russian sanctions evasion, including by both state actors and oligarchs,”

He has further added,

“Although we have not seen widespread evasion of our sanctions using methods such as cryptocurrency, prompt reporting of suspicious activity contributes to our national security and our efforts to support Ukraine and its people.”

On Feb.28 the treasury department office’s of foreign asset control, the agency. That has the duty of regulating and imposing the US Sanctions. It has alerted the US natives, that do not dare to use cryptocurrencies. To help the Russian government or Central Bank.

As well, the US and EU commission completely focused on the potential of Russia to use cryptocurrencies to avoid financial sanctions.

As well previously the European Commission has declared that. They will kick out the International Russian Financial system and some major Russian banks from SWIFT and added them to the sanctioned list.

The Financial Crimes Enforcement Network (FinCEN ) issued a FinCEN alert for all the financial bodies.

Because the FinCEN wants all the financial organizations to stay attentive against Russia’s possible efforts to avoid sanctions. And imposed bans implemented by the  US on Russia due to its attack on Ukraine.

Also, the US authorities advised having a keen eye on all suspicious activities. What is your opinion on this matter? Do you think that the United States Financial Crimes Enforcement Network is taking responsible measures to secure and support Ukraine? 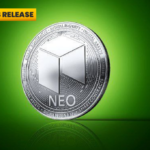 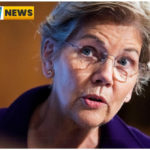