EOS Network, once abandoned by its own developing company, is slowly making its way into the blockchain industry again after four years of inactivity. Thanks to its engaged and empowering community, EOS decentralization is going to become a reality as promised to investors.

New investors or crypto enthusiasts might not know the total history of EOS Network as it happened back in 2018. EOS Network is known as the “lightning-fast” due to the rapid growth and revenue it collected in the initial years of its launch.

How did it fall into dust and cobwebs so easily? Well, there is a long history of betrayals, greed, and eventual abandonment of EOS Network. Here is a proper timeline and reasons for the downfall of EOS Network and how it rose to stability again:

The record-breaking and rivaling EOS Network

EOS Network began with a vision to compete against Ethereum. Block.One is known as the developer of the EOSIO platform that operated for EOS Networks. To establish its name in the crypto world and among the general public, the company distributed over one billion ERC tokens.

It was a high-profile project invested by big figures in the industry. They were all serious investors but human greed gobbled up EOS like a full-course meal.

With time, the company raised around $4.1 billion in its Initial Coin Offering (ICO).
This was a huge figure that drew more and more investors into the network. However, it also resulted in a big scandal involving threatening allegations by the authorities, sabotaging EOS’s position in the market.

EOS net developers had promised a decentralization system to give “power to people.” But the increasing scandals and tussles in the community led to investors backing away, which eventually affected EOS’s ecosystem.

The promised decentralization basically meant that the blockchain system would give the power through coin holder vote. The vote trading would result in more revenue and EOS Network would increase quickly. It would be the most authentic decentralized ecosystem in the market. This looked trustworthy and genuine to many investors, so they participated in it.

However, the company went on a steep decline after CEO Dan Larimer left the company. From then on, EOS Network lost its validation among long-time investors.

Later, the scandal involving China stakeholders stealing the EOS tokens resulted in a class-action lawsuit against Block.One. Crypto Assets Opportunity Fund, the organization that filed the lawsuit, claimed the company failed to keep its promise of a decentralized ecosystem.

The resurrection of the EOS Network

Since the lawsuit, the company lost interest in developing the EOS platform or EOIOS blockchain. The network gathered dust and remained in the shadows for years until, in 2021, the EOS community took it upon their hands to bring the network back.

The community recognized how much potential EOS Network had due to its unique concept and perfect development. EOS Network Foundation (ENF) took the responsibility to resurrect the EOS Network into the crypto world.

EOS and ENF finally broke free from the Block.One’s shackles under the leadership of ENF CEO Yves La Rose.

ENF has already partnered up with a consulting company associated with the development of EOSIO called Object Computing, Inc. (OCI). The foundation also received an additional $6.5 million in funds; other than the $250 million that they blocked transactions meant for Block.One. According to Yves, the funds will be utilized to kickstart EOS Network in the market.

EOS’s long-term investors can finally breathe in relief because the foundation is motivated to take back its position in the market and soar high in the crypto world as an authentic Ethereum competitor. 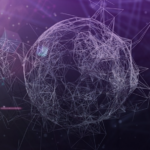 Web3: the growing demand for global talent
Next Article 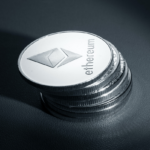 Is Ethereum the only blockchain with a mature Ecosystem for DAOs?
Leave a comment