Solana’s market crash came as a surprise to its investors who have poured millions of dollars into its tokens and NFTs. The ecosystem is struggling to keep up as FTX and Alameda Research suffer from a liquidity crunch.

There’s a lot of confusion and panic surrounding the SOL token as it dropped below $20. A coin that remained strong during the crypto winter has failed to recover from the mess FTT tokens have caused.

The reason behind this massive crash is Alameda’s investment in SOL. Since Alameda is in crisis, the institute is selling its assets to recover its marginal cost. Before the crash, they had bought these assets for loans. The value of those assets has dropped, so the creditors are backing out by selling their investments to avoid a major loss in their portfolio.

Solana’s ecosystem is also among those investments and Alameda is likely to make a huge sell-off because of their losses. As a result, the SOL prices have been dumping ever since FTT went down. No one had predicted that the FTX would be insolvent; there’s almost a $1B gap in their financial liabilities, which is most likely to push down the market.

Solana has been a very popular coin since Sam Bankman-Fried announced he would buy SOL when it was at $3, the market became bullish and the coin even hit $100. but when Alameda and FTX lost their assets, the team was forced to sell out their SOL assets.

Seeing the situation unfolding and prices dropping, a lot of traders unstacked their SOL tokens, almost $18M. Since the unstaking takes 8 hours to complete, the process was completed and the coin began to drop drastically.

Currently, SOL trades at $14 with a market cap of $5B according to CoinMarketCap.

Compared to last year, Solana has improved a lot in its development phase, so the ecosystem is most likely to recover from this loss. Currently, the market is quite in panic and everyone is just selling their assets related to SOL or FTT tokens.

Furthermore, it’s highly likely that Alameda will fail to hold on to Solana and other assets such as USDC, USDT, Serum, etc. It has to save FTT tokens to remain stable but seeing the huge liquidity crunch in its balance sheet, it will either take a long time or it will collectively fall out.

Alameda Research is actively trying to recover from the loss, so the traders and investors are waiting to see how it responds to this crisis before they sell out even more.

Regarding the overall crash, the crypto market has already had a massive dump in the past 24 hours, so the prices are most likely to move up or maintain the same momentum this week, especially for Bitcoin and Ethereum. 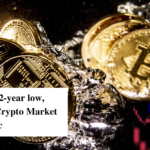 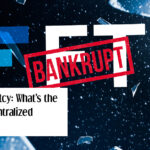