When the news of the world’s largest exchange, FTX going bankrupt, made headlines, the whole industry is raising concerns about what the future of crypto exchanges is going to be.

For many years, crypto enthusiasts have held on to the hope that the market will eventually mature and give back what they’ve invested. After the world recovered from the pandemic, many people believed 2022 would be a good year for the blockchain industry.

However, that was proven wrong as it has failed financially due to a lack of regulation and constant financial gaps in the leading firms.

The biggest concern was raised this week about the battle between rich people affecting the users and their hard-earned finances. The drama of Binance-FTX and then Alameda-bitDAO has wiped out millions of dollars from the market and left FTX users empty. Today, the crypto market volume is less than $1 trillion.

In a Twitter post, Jesse Powell shared, “We let clowns ride under our banner while they sell us out for their own interests.” It’s true that now the community is facing the outcome of the market crash that cost a millionaire only a penny of loss but a usual trader thousands of dollars.

Despite claiming to be transparent, centralized exchanges have been continuously hiding their financial liabilities from the users. Based on recent reports, FTX has almost an $8B financial hole.

According to WSJ, FTX had $16B in customer assets, and they gave $10B to Alameda to recover FTT tokens, but the firm blew it all up within a few days, which Bankman said was “a poor judgment call.”

An exchange that raised $1 billion equity at a $32bn valuation two months ago, How did it all go down in two days? US authorities SEC have opened an investigation against FTX and its CEO Sam Bankman-Fried which will eventually reveal the mysteries of the insolvency.

However, what can this mean for other crypto exchanges and firms? Ever since FTX went down, experts speculate many other exchanges and VCs will go under the bus in the coming months. BlockFi has already paused withdrawals, and Galaxy Digital, Multicoin Capital, and Sequoia were involved with FTX, so they are also under crisis.

Recently, Crypto.com filed for proof of reserves to establish its transparency in the crypto community but the overall trust in centralized exchanges has dissolved. Most traders and investors are pulling out and putting their funds in self-custodial wallets.

In an interview with Bloomberg, Yat Siu shared that people have realized the importance of ownership and that centralized exchange users don’t have custody over their own tokens. “I can see the patterns changing,” he said. Compared to the centralized crypto firms, the decentralized exchanges and metaverse remain unaffected by these trends, and this shows how authentic they are.

The famous whistleblower Eden Snowden also shared his thoughts on the situation:

This leads us to the question of how centralized exchange will gain the trust of its customers. Will governments push for crypto regulations or altogether dismiss the existence of this huge market? The coming weeks are going to unveil many changes in the crypto community. 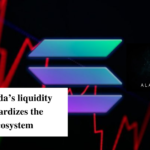 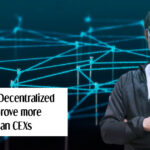