Kevin O’Leary, the spokesperson of FTX and Sam Bankman-Fried, says Binance has a $2.1 billion clawback and also questions its financial position since it owned half a billion of FTT tokens. CZ closes the allegation by firmly claiming his exchange is financially “okay.”

It has only been a week since SBF was arrested and presented before Congress to be held accountable for his Ponzi scheme in the FTX. O’Leary has alleged Binance for causing the collapse of the world’s largest exchange.

There’s no doubt that FTX’s financial crisis was exposed after CZ announced he is letting go of FTT tokens. Nonetheless, the trading platform did scam thousands of users into investing their money.

“This is America. The justice system provides the presumption of innocence unless proven otherwise,” says the investor in defense to CNBC.

He himself had invested around $10M on the exchange but he has been reimbursed in return to become Bankman’s spokesperson on various platforms.

But O’Leary thinks all of this was a planned scheme to bring down Binance’s rival. He then questioned the $2.1 billion that was paid by FTX to CZ to buy the shares, which could lead to a clawback.

Changpeng Zhao once again came up and denied the allegations. The exchange has been constantly under suspicion of bankruptcy following the FTX crash as a response to a loss of trust in centralized exchanges.

So far, Binance has failed to convince its users about the default money and the BNB coin dropped 12.09% in the 7d chart. 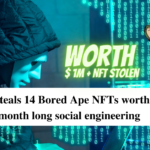 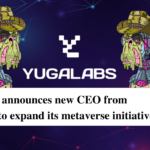