Sam Bankman-Fried, who recently stepped down from his position as the CEO of now-bankrupt FTX, claims that Alameda Research had a large position in the FTX exchange and that it was overcollateralized a year ago, GMA reports.

Seems like SBF deliberately ignored the red flags indicated in his FTX businesses that had been hanging on for almost a year. In a recent interview, the bankrupt millionaire shared that he has nothing left at all.

For the past few weeks, the media has been constantly defending SBF, molding out narratives, and causing much uproar in the crypt community, especially from the exchange’s users who lost all their money in insolvency.

SBF blamed the bankruptcy due to the market crash earlier this year and mismanagement. He denied any involvement with Alameda, saying he was unaware of the hedge fund using FTX’s depositor’s money to pay the creditors, even though the CEO Caroline Ellison said Bankman and other executives were involved in this.

“I did not know there was any improper use of customer funds,” he stammered after long seconds of silence.

On the other hand, Caroline is still out of reach and no one has heard any replies to defend its position against the allegations over the past few weeks. It’s highly alarming to see how a hedge fund was deeply involved with FTX’s user funds, despite their policy stating that none of the deposited money was a property of the exchange.

Bankman did admit to his mistakes regarding FTX’s financial management and default balance sheets but it’s still not enough to bring back users’ lost money from the exchange. 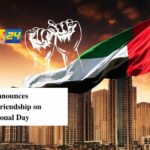 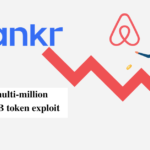