The local government of Fukuoka, a city in Japan, has announced a partnership with Astar Japan Lab along with other major companies to expand its Web3 endeavors becoming the first municipality city to do so.

The announcement was made by Astar Network founder Sota Watanabe and Fukuoka Mayor Soichiro Takashima at the “Myojo Waraku 2022“ conference held in Fukuoka on October 13. Both sat down together to discuss future aspects of the partnership.

Japan has been making quite a lot of progress when it comes to Web3 development. Japanese creators, artists, developers, and users are actively participating in different NFT and crypto projects launched until now.

Although most developments have taken place in Tokyo since it’s the capital city, other cities are also not behind. Previously, the federal government awarded non-tradeable NFTs to its officials for their innovative projects in the field of digital technology or fintech.

Now, the local government of Fukuoka city is taking the initiative to expand into Web3 with Astar Japan Lab, an organization by Astar Network and Shiden Network (SDN), the public blockchains of Japan.

“The domestic market is getting smaller now, so I think it is very important for Japanese people to produce results in the world. We have to do in the context of Web3 what large companies did for the world when Japan was strong,” Mayor Takashima said. “We believe it is important to move forward together with the government, Fukuoka City, and companies that represent Japan.”

In other words, the organization will help Japanese businesses to utilize Astar Network, be a solution provider, and space for creators to mint NFTs. The citizens will also get a chance to collaborate with Astar Community and Ambassadors as well.

The domestic web3 startups can connect with overseas VCs, while participants can share and study Astar use cases.

“By joining Astar Japan Lab, Web3. I would like to firmly support people who challenge globally from Fukuoka even in the field of 0,” an official said.

As of now, only the announcement was made during the conference, the proper operations will begin in early November this year.

By signing up, you agree to our Terms of Use and acknowledge the data practices in our Privacy Policy. You may unsubscribe at any time.
Share
What do you think?
Love1
Sad0
Happy1
Sleepy0
Angry0
Dead0
Wink0
Previous Article 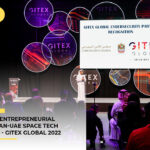 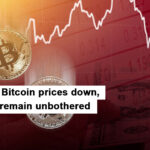