Global Cannabis Capital or GCC announces its plans to raise capital by selling equity through the Ethereum blockchain. This tokenization could empower the cannabis industry to raise capital for a global expansion.

As blockchain technology continues to spread around the world, a marijuana investor cracked a code to raise capital fast and easily. Since marijuana is illegal in most countries, the company struggled to collect funds and maintain its capital in the market.

However, the blockchain solved the problem of raising funds. Since crypto is a global market and the increasing economic opportunities have motivated GCC to turn to crypto to raise capital.

The pot industry is quite lowkey and only a few countries allow its use by the general public. GCC initially announced its plan to expand through an IPO in Canada, but that would take years to collect enough capital. The company then decided to do a security token offering in Luxembourg.

What is Global Cannabis Capital (GCC)?

The company planned on raising capital through private investors by releasing the traditional offerings, but then the company saw the huge potential in the blockchain world.

Since Luxembourg is a pot-friendly country with good blockchain regulations, GCC decided it was time to switch to crypto tokens to attract international investors and expand the cannabis market in the world.

Before turning towards the crypto world, GCC struggled to raise funds to invest in Latin American companies. Since the pot industry cannot take loans from banks due to America’s regulations, the funding usually comes from private investors, shareholders, or wealthy individuals who are interested in the pot industry.

For example, Cannabis Company Builder raised funds of about $500,000 through seed capital from private investors.

Through crypto tokens, the company is expected to raise millions of dollars as capital so that it can expand on an international scale. The CEO shared that the company plans on expanding to almost 40 countries where the cannabis industry is legal.

“We were more focused on Latin America in the beginning. The idea is to become more global with these investments,” he said.

GCC tokens will operate on blockchain and private investors can buy these tokens to help the company raise capital. According to the sources, the company will release 100,000 tokens initially to observe its demand in the market.

GCC tokens will be different from the crypto ones because, unlike most cryptocurrencies, the tokens in these offerings will be backed by the assets or equity of the issuer.

CEO of GCC, Andres Israel says, “The tokenization route provided us a significantly more efficient option than the traditional IPO process. Both in terms of time and costs. The cannabis industry will grow exponentially over the next year, so from our perspective timing is everything.”

The reason for GCC turning towards crypto tokens is quite obvious, Andres explains it by saying, “With tokenization, we can reach thousands of investors in a short period of time. And that has always been our objective, to provide as many investors as we can with a vehicle that represents the cannabis industry.”

If the tokens are a success in the crypto market, the company will open a public exchange of tokens later.

According to Andres, 100 investors have already invested in the tokens in the last month’s presale. The first placement will close around the first or second week of May.

Currently, the company’s value has increased by $25 million. GCC is expected to sell 6% of its equity in the next three years, according to Bloomberg.

How Could the GGC Token Empower the Cannabis Industry?

Although the tokens are mainly released to raise capital for GCC, Andres believes this token will be a gateway for other marijuana companies to raise funds through blockchain worldwide, especially in the United States where thirty-four states have legalized the use of cannabis.

Andres says, “With our token, investors can now own equity participation of a growing number of startups, and propel the growth of the cannabis industry (since 100% of the proceeds are used for investing in more cannabis companies which will generate an increase in the portfolio valuation)” Cryptoslate.

Blockchain is opening doors for industries like cannabis to find alternatives for funding. The company’s choice of picking digital tokens over IPO might turn out to be a good decision in terms of international expansion.

Not only will it bring the cannabis industry to the surface but also more and more investors from the public will be interested in investment, which can in return increase the company’s capital. 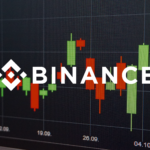 Binance Coin: BNB Prices Struggle a Bear Market in the First Quarter of 2022
Next Article 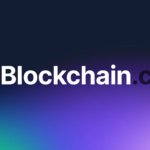 Is the London Crypto Exchange, Blockchain.com Ready for IPO?
Leave a comment