Goblintown.wtf is collaborating with Atari X and Nicky Doodles to launch a new Web3 game featuring Goblin and Grumpl NFTs called “Goblin Crash.” The team recently dropped a sneak peek in a trailer and teaser poster.

Seems like Goblintown is taking a new step into the gaming industry with its characters. Widely known for its slogan “No roadmap. No Discord. No utility. CC0.” Truth Labs, the creator company, seems to be experimenting with new ways to attract holders’ interest after the successful sell-out of the Goblintown NFT collection.

The artwork of these creepy-looking yet uniquely designed Goblins on trashed vehicles is done by the Truth team’s two artists: Qoo and Grey, who is also the co-founder of goblintown.

Qoo is a new artist added to the team, previously he was just part of the community but got recognized for his talent by Truth. His first project with Goblintown was Grumpls, and now he and Grey are on board for the upcoming game.

Atari X is a new Web3 initiative by Atari that will be joining Goblintown along with Nifty Labs to make this game successful.

The Goblin team also held a Twitter Space to play the game before its official launch. You can hear their reactions to the game “here“.

According to some of the discussions held on Space, Goblin Crash is similar to Mario Kart and its genre is like an arcade game. Although the Truth team hasn’t revealed the dates of its release, holders and other NFT fans can hope to see it soon.

Goblintown is a Web3 project that was first minted as an NFT collection on May 20, 2022, for free but was sold out within 14 days. The collection has no roadmap or utility but it’s still one of the best Ethereum-based collectibles in the market.

The creator company, Truth Labs, has a big reputation in the NFT space. With goblintown NFT, the team is bringing in new possibilities, including this upcoming game.

Goblintown is recognized by artists for having high-quality artwork, indicating that a professional team is behind this project. The new game also involves big players in Web3 and gaming space aka Atari X and Nifty Labs, so the community is more than excited to see what Goblin Crash is going to look like. 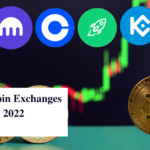 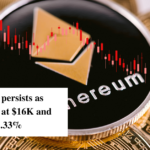