The Goons of Balatroon have a lot on their plate with the upcoming IDO for their ecosystem’s utility token, $GOB. According to members of the project, the $GOB token will serve as the project’s backbone and be used in various scenarios. The project has many high-profile investors and partners backing it and uses several tried-and-tested IDO launchpads.

Contents
Who’s On Board?Using $GOB as a Utility TokenFun Comes FirstWho Are The Goons of Balatroon?INFO about the company and links:

Among the investors that have gotten on board with the project are Merit Circle, Jun Capital, Unizen, Maven Capital, Vulcan Forged, Faculty Group, BullPerks, Charles Read (Founder of Rarestone Capital), Halvings Capital, Playnity, The Husl, and Lovelace. Three launchpads that have seen significant success in the past became the chosen platforms for GOB’s IDO: Poolz.finance, Bullperks, and TDx The team’s seed round and private sales raised a total of $2.5 million.

Using $GOB as a Utility Token

With the project’s IDO, $GOB will become useful in several contexts. The project’s games will give rewards in $GOB, and users with spare $GOB can stake it to unlock land purchases within the game universe. Users who stake their $GOB will realize significant discounts for acquiring land.

A further method of earning through $GOB is leasing NFT assets. Users can negotiate a fee with borrowers and lend their NFT out for a set $GOB fee. Faction and account customizations can also be purchased with the utility token. Early adopters were able to spend off-chain $GOB in exchange for Goon Card packs. These packs contain cards that can significantly improve the gameplay experience for the soon-to-be-released trading card game. The introduction of land-based NFTs will further increase the viability of the $GOB token.

Unlike many existing play-to-earn projects, Goons of Balatroon aims to prioritize its users’ fun above all else. The team went for an authentic gaming experience rather than another glorified click-simulator. The current iteration of the upcoming, fast-paced Card game incorporates 250+ collectible cards and a myriad of different combinations and possibilities, as well as an innovative tile system that replaces traditional mana systems.

Keeping with this spirit of “fun-first,” the ecosystem’s land-based NFT addition aims to be just as fun and immersive as the Goon Card game. The vision for the project sees it as an RPG that combines the best elements of classic games like Risk with the random chance of Pokemon and the challenge of Elden Ring into a complete package. The team intends this to be something never before seen on Web3.

Who Are The Goons of Balatroon?

The Goons Team isn’t new to NFT gaming, with their first foray into the space happening in August 2021. Since then, the team has swelled its ranks to twenty-five individuals, moving from a nascent startup into a full-fledged game development studio in a short time.

Already, they’ve delivered several innovations to the play-to-earn space, and in anticipation of this land-based NFT launch, they’re looking to scale up in a big way. Already, the primary collection has generated 3,400 ETH in secondary market sales, showing an inherent demand for their product. With team members dedicating their time and effort to the project, huge things are right over the horizon.

A dedicated community supported by transparent, approachable devs that put fun first makes for a formidable gaming studio in the industry. Sprinkling a little play-to-earn on top of it is just icing on the cake.

INFO about the company and links: 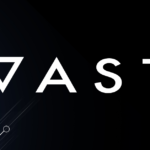 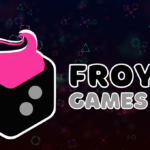