Grayscale, an asset management company, has announced it will file a lawsuit against The Securities and Exchange Commission for violating the “Administrative Procedure Act and the Securities Exchange Act of 1934”.

The issue of BTC ETF has continued on for months now. Grayscale’s CEO had threatened to open a campaign against SEC, claiming that the authorities were being unfair by accepting Bitcoin Futures ETF but refusing Bitcoin Spot ETF.

According to sources, the SEC is also looking for ways to stop Grayscale from launching its ETF. The investment firm says the regulator’s unfairness can cost investors a loss.

In defense of the SEC, the regulator expressed that the Bitcoin spot is highly unregulated and has financial risks, while BTC futures are regulated by the Chicago Mercantile Exchange (CME), which is a registrar of the Commodity Futures Trading Commission (CFTC).

The lawsuit will continue and the firm’s legal team will be moving forward to present evidence of SEC’s discrimination.

On the other hand, Digital Currency Group, the company behind Grayscale, is rumored to be in crisis despite the claims that the investment firm has enough Bitcoin Trust Fund to recover from the market. The bankruptcy of Genesis is expected to force the company to sell out the GBTC to save it. 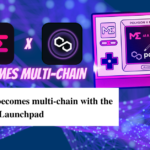 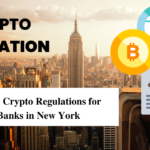