Web3 platforms are bringing unique projects onboard providing maximum benefits to its users. Gala presents a Web3 ecosystem that houses Gala Games & NFT, the most valuable digital assets to own in today’s market.

Gala has been actively participating in different projects to grow its ecosystem beyond the limits of gaming and NFTs. With its latest GalaMusic and GalaFilm launch, the platform is introducing new possibilities using blockchain technology.

So far, Gala has invested billions of dollars in developing unique games and NFTs that contribute to its overall ecosystem. There’s no doubt in saying, Gala Games is here to dominate the industry.

For this article, we will be discussing the growing world of Gala Games & NFT.

What is Gala Games?

Gala Games is basically a development and publishing platform that aims to bring blockchain games with easy mechanics so that people who know nothing about blockchain can also play. This model has been contributing to its own popularity and broader Web3 adoption in the gaming world.

Gala Games was first released on the Ethereum blockchain but later switched to its own network called Project GYRI. Since Gala is on a mission to build its ecosystem, everything that operates on Gala Games is developed by the company.

In fact, Gala Games is built on a player-owned Node Ecosystem, a decentralized system to involve users. Nodes are vital for the ecosystem as they are distributed among many human computers and players who own them can earn rewards, NFTs, $GALA tokens, etc.

This platform is highly focused on bringing ownership to players, so everything they earn or win from the games is owned by them permanently.

Player-owned Node Ecosystem consists of different types of nodes that play an essential role and contribute to the sustainability of the platform. You can get a node by buying GALA tokens, the native currency of Gala Games.

By creating a democratic community, the Gala has been successful in maintaining its ecosystem for a long time.

The team wanted to create a Web3 platform where players could enjoy the play-to-earn and play-and-own mechanics without needing to understand game development or other complex concepts.

The co-founders have a rich experience in blockchain, game development, and Web3 which contributes to the success of Gala Games. Eric is also the co-founder of Zynga, the company behind the popular game, Farmville 2.

Much similar to how Farmville 2 was, the team aims to bring these types of games on the GALA network to the players because it doesn’t require much knowledge about blockchain and is still quite immersive and interesting to everyone, whether they’re professional players or not. This is why Gala Games stands out the most among many blockchain-based gaming platforms.

Other team members include John Osvald who is the President of Games at Gala games, and 3D designers Warren Marshall & Craig Matchett.

Since Gala Games is primarily a gaming company, we must mention some of the best and most popular games on the platform. The platform is widely known for its focus on “play-to-own” instead of just “play-to-earn” or “play-and-earn” mechanisms.

Before playing blockchain-based games, you should have a crypto wallet and an account on Gala’s website. Once it’s all set up, you can browse through various games listed on the site and pick out what interests you the most. Here are the top trending Gala Games in 2022:

Whenever Gala Games is mentioned, Town Star is the first name that pops up because it is the first fully launched game by the company. It is basically a Stimulation genre-based town and farming game built on the GALA network that works on Play, Build, and Earn mechanics.

Since it is a farming game, the players manage production and use materials to craft goods to increase their value at a higher level to sell in the marketplace and earn Town points. The main aim of the gameplay is to expand the town through clever strategies and planning.

Town Star also features in-game assets as NFTs, which means all the items they earn or buy are solely owned by the players. These NFTs hold tradeable value so they can be bought and sold on the marketplace as well.

By owning NFTs, players can also earn TownCoin, the native coin of Town Star that has play-to-earn functionality.

Another strategy-based game inspired by the science fiction genre, Echoes of Empire is for players who like battling. The players are supposed to battle to win rare resources distributed around the universe. Although the developer of this game is Ion Games, it is listed on Gala Games.

Echoes of Empire features futuristic totalitarian gameplay. Build a guild, gather Heroes and Knights, upgrade fleets, weapons, and warships at Command Station, and win battles to earn resources to enhance your level in the game. You can either fight solo or join other guilds as well.

Spaceship assets or NFTs have rarity levels divided into two categories: Capital and Flagships. Capital ships range from common, uncommon, rare, epic, and legendary while Flagships are rarer and superior.

All the resources and other in-game assets to earn will solely be owned by players by playing in quests, expeditions, and PvP combat. They can either choose to keep them or sell them to other parties in the marketplace.

Spider Tanks is a PvP Brawler game by GAMEDIA, published on Gala. It is mainly a Multiplayer Online Battle Arena where players fight against each other to win rewards and upgrade their skills. There are various maps within the game for players to pick.

The gameplay begins with users required to choose from a wide range of tank bodies and weapons from the Garage, then enter an arena from the map to battle with other players.

The game is free to play but also utilizes P2E mechanics through in-game assets. All the armories in the garage are owned by players which they can upgrade by earning from battles.

A Horror Survival Game by Ember Entertainment is one of the most popular Gala Games that reimagines the original series in a more blockchain-like infrastructure.

In a regular Walking Dead game, you cannot own assets or follow certain rolled-out gameplay but in The Walking Dead: Empires, you can play and own your hard-earned assets.

Simply hunt for supplies, own a home in a land, partner with allies, and fight against enemies. You can also own an NFT Crafting Station within the game to create your own in-game assets that you can use or sell to other players.

The Walking Dead: Empires offers a wide range of utilities starting from gaming rewards to NFT crafting that have real-world benefits of trading in the marketplace.

The most well-known game that made headlines, GRIT is an NFT-based game developed by the Team GRIT  on Gala Games that offers generative characters and battle royale action in Play-for-free mechanics to earn points for Battlepasses or Generative Heroes as NFTs.

Inspired by the cowboy concept, this battle royale is an epic adventure where you fight against enemies to become the best player in the arena. You can also join your friends to fight against other groups.

If you’re familiar with Fortnite, then GRIT’s gameplay will be easier to understand. In fact, GRIT is also coming to the Epic Games Store soon.

Gala Games NFTs or non-fungible tokens are in-game assets of different games published on the platform which are usually earned through gameplay. These NFTs have game-related functionalities but also have real-life value if they can be traded on the marketplace.

The above-mentioned games all have their own digital assets as NFTs, some are listed on marketplaces like OpenSea, while others can only be exchanged within the game. Nonetheless, they all have rarity traits like usual NFTs and increase in value the more a player upgrades it through P2E mechanics.

$GALA is the native cryptocurrency of Gala Games that is given as an incentive to players. This token also supports the Project GYRI network where users can utilize it to exchange items or even hold rights to vote in upcoming DAO.

Another project arm by Gala is Gala Music for musicians to mint their songs, albums, and other soundtracks as NFTs and expand their musical journey in Web3. This platform was launched in February 2022 with the vision to highlight the importance of decentralization and ownership of music.

Gala Music is highly involved with Gala’s ecosystem through its Player and Fan Node system. Although this system is still in the development phase, fans and musicians will access this feature through Gala Music Token to upload their music tracks with nodes.

Other singers on this platform include Kings of Leon, BT, Jane Handcock, OKAY! KENJI, Jaq, Clash, Louis King, and many more.

Bringing a decentralized node system to entertainment, Gala Film is a platform for creators, directors, and filmmakers to showcase their talent and be part of Gala’s ecosystem connected to Gala Games & NFT.

On Gala, users are required to own and operate a Film Node license to support the content posted on Gala Film and also receive rewards for participation. In other words, users can contribute and then earn by watching different films, videos, or content by filmmakers.

Overall, the platform aims to bring creators and fans together. Every film posted comes with NFTs that viewers can own. These NFTs have the utility to remember the most thrilling or important moments within the film, or they can be a special element to it.

The upcoming content on Gala Film is Into the Galaverse, The Making of Chronic, and Ghosts of Ruin.

Gala Games is a fast-growing ecosystem that aims for simple blockchain adoption. Unlike other gaming platforms that are developed for gamers and sometimes require users to have good information about blockchain development to fully benefit from the gameplay.

The Gala team comprises extraordinarily talented and experienced members who understand the consumer, gamer, and developer mindset before listing games on the platform. After all, the team aims to become a leading Web3 ecosystem in gaming, music, film, entertainment, and other industries.

For CEO Eric, the play-and-own mechanism is more important than play-to-earn because he believes users should have ownership over things they put their effort and time into. Additionally, it has been constantly highlighting the utility of NFTs in terms of in-game assets that not only hold value in games but also outside of games.

Gala Games has been actively participating in different conferences and events to highlight its brand and also help startups to find their ground within their ecosystem. There’s no doubt in saying that the Gala will become a global company by the next decade. 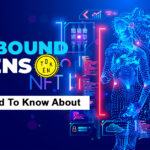 Soulbound Tokens – All You Need To Know About
Next Article 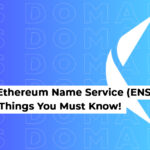 What Are Ethereum Name Service (ENS) Domains?
Leave a comment