In the last three days, many high-profile Indian Twitter accounts were hacked. The hackers hacked into the accounts and posted NFT-related content. The account owners were able to recover the accounts and registered an investigation on the case.


Many famous figures reported their accounts being hacked by hackers. The hackers posted Non-fungible tokens as tweets and shared links to free NFTs.

The hacked Twitter account of the Punjab Congress tweeted: “We have decided to give back to our community by distributing extra airdrop claims to holders of Azuki and other NFTs. Claim your airdrop of BEANZ and become involved with the Azuki ecosystem using the interactive Azuki NFT.”

The followers were quite surprised and slightly amused by the sudden irregular tweets.

The accounts of the University Grants Commission and the Meteorological Department were also hacked.

Yogi Adityanath, chief minister of Uttar Pradesh was also not spared in this wave of attack. The chief minister’s Twitter account profile picture was replaced with Bored Ape NFT.

All the accounts were thankfully recovered and given to the rightful owners.

According to the Government of UP’s tweet statement, they have registered a complaint to the Cyber Crime police station in Lucknow which will investigate the matters further and punish the offenders.

Want to explore awesome NFTs? Here at NFTStudio24, we aim to feature the awesome creative work of artists. You can visit our website to explore the latest NFT collections and upcoming NFT projects. 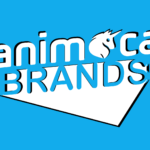 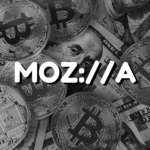 Mozilla’s Policy to Only Accept PoS Crypto: Is it a Good or Bad Decision?
Leave a comment