Indian authorities are gearing up for a new era as part of the country’s G20 presidency that just began last month. India released a report stating it will be implementing regulations against unbacked crypto assets, DeFi, and stablecoins. There’s also a possibility of prohibition if needed.

India is among the leading countries in terms of crypto adoption; however, the government sees a risk in this industry after taking the G20 presidency, an intergovernmental forum comprising 19 nations and European Union that work together to improve global financial issues.

The Reserve Bank of India (RBI) announced that the digital assets do not align with the country’s narrative and that it holds substitute value as they provide inflation-hedging benefits.

Since the crypto market is highly volatile and there’s a big possibility that it can cause financial crises if not regulated properly, the central bank proposes a proper global framework that will be developed in time. In case the risk is too high, the country will altogether ban these assets to protect its economy.

“I think crypto or private cryptocurrency is a fashionable way of describing what is otherwise a 100% speculative activity,” RBI Governor Shaktikanta Das said at a conference last week.

This is quite alarming for Indian investors and collectors who have spent thousands of dollars to buy crypto tokens.

Many Web3 companies and local exchanges like CoinSwitch Kuber and CoinDCX are based in different states, and the prohibition of unbacked assets will prevent them from developing their product and promoting it locally.

Just this year, the Government of India announced it will be launching the Central Bank Digital Currency of Rupee but since it’s a state-backed asset, it might continue in development, expected to drop in 2023. 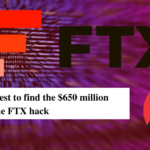 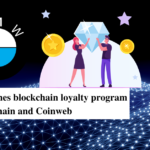