Jim Cramer has now become a man with the bad instinct of predicting things right or whatever he says goes the opposite in the crypto community as the internet trolls him over his market analysis.

This time, the CNBC personality warned investors to pull out of their crypto investments by saying, “It’s never too late to sell an awful position, and that’s what you have if you own these so-called digital assets.”

He referred to the FTX collapse, which caused the market to crash at an all-time low for the second time in a year, and the increasing interest rates by the Federal Reserve to warn traders about an incoming risk in digital asset buying.

Cramer also shared that the main factors forcing the Fed to raise interest rates are fewer people in the workforce, an imbalance of job seekers and openings, and too many new companies in the last 2 years.

However, no one is really taking him seriously. His views on social and financial issues, including the now-bankrupt BlockFi, have always been wrong and this is why the crypto community thinks if he says Bitcoin is going to fall, it means the market is going to go up soon.

Now, the internet is doing the reverse and thinking of buying more crypto because the prices are most likely to rise after Cramer’s prediction.

Will the market really see a sudden boost or is it just speculation for good laughs?

Note: This article is not financial advice. 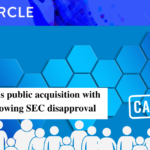 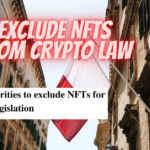