After Web3, one would automatically think there will be Web4 but Jack Dorsey says he’s building Web5 by skipping Web4. As the world struggles to fully adapt to Web3, Jack Dorsey’s TBD is already two steps ahead of everyone by introducing a world of the internet that will operate on self-sovereign standards giving data ownership to users by building a Web platform called Web5.

Contents
How is Web5 different from Web3?What is Web5 built on?Jack Dorsey’s criticism on Web3

Former Twitter CEO and Block Inc. co-founder, Jack Dorsey recently hinted at the possibility of building a whole new world of the internet that will be based on only one blockchain. This idea stems from the recent conspiracies against crypto companies, Defi protocols, and exchanges that are using Web3 technology to manipulate the public for financial benefits.

According to Jack, this is not the ideal or true way of using decentralized technology; therefore, he came up with the idea of giving 100% right to users’ information to users themselves. In other words, the Web5 platform is built to give back user ownership and take away the third-parties control altogether.

How is Web5 different from Web3?

According to Jack Dorsey, Web3 is decentralized but it has been using the wrong tools and various blockchain networks to operate. Despite its claim to be decentralized, it still lacks the ideal concept of decentralization.

In Web5, only one blockchain network will exist, which is most likely to be Bitcoin. The platform will incorporate Bitcoin’s monetary network and combine it with computer science technologies to create a completely new ecosystem based on decentralized identities, data storage, and applications. In other words, users will have rights over their personal information.

On the official website page, it reads: “Web5 brings decentralized identity and data storage to your applications. It lets [developers] focus on creating delightful user experiences while returning ownership of data and identity to individuals.”

User data has always been a controversial topic on the internet. Modern technologies are built by using users’ information without their consent. The most famous example is the Mark Zukerberg case which used Facebook to collect user data for personal gains.  Recently, Binance was rumored to share users’ data with Russia, which the team strongly denied.

In a world where user data has become more valuable than human life itself, Web5 emerges as an ideal platform that gives users the right to keep their personal information to themselves.

What is Web5 built on?

Web5 is built on the following key network components:

It is truly a revolutionary project that takes away the anxieties of data manipulation because each user will know where their data is being used, and each project will require developers to first receive permission from users to use data.

Jack Dorsey has been quite critical about Web3 and how it claims to be completely decentralized. Despite the claim that users “own” digital assets, it is just another way of controlling data and a money-making business for private corporations.

The Web5 platform will be developed by TBD, a subsidiary of Block Inc., led by Jack Dorsey. For more information on TBD’s Web5, visit the official website. 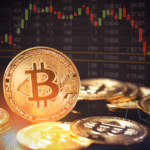 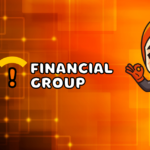