The Financial Services Agency of Japan (FSA) has announced it will be lifting the ban on international stablecoins in 2023 and also revealed stricter rules to track down money laundering cases via digital assets, Nikkei reports.

Looks like Japan is ready to accept the stablecoins in its domestic market as local exchanges will allow trading under the agreement to have a maximum upper limit of remittance and preservation of assets via deposits.

To control white-collar crimes through stablecoins, Japanese regulators will also come up with strong regulations against money laundering. FSA took feedback proposals on its announcement of lifting the ban on stablecoins.

As mass adoption of cryptocurrency and NFTs continue in the country, the regulators are trying their best to benefit its users while also regulating the system.

Japan is among the few countries that are focused on controlling digital assets so that it doesn’t backlash against the traditional economy and also protects its citizens from financial crises.

The trust in stablecoins was lost after the UST coin of Terra ecosystem collapsed and cost a million-dollar loss. Many experts believe it might be hard for authorities and banks to accept stablecoins but it seems like Japan is ready to lift its ban and accept it as long as it’s highly regulated.

By signing up, you agree to our Terms of Use and acknowledge the data practices in our Privacy Policy. You may unsubscribe at any time.
news room December 28, 2022
Share
What do you think?
Love0
Sad0
Happy0
Sleepy0
Angry0
Dead0
Wink0
Previous Article 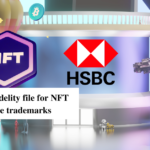 HSBC and Fidelity file for NFT and Metaverse trademarks
Next Article 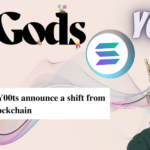