Global investment bank JPMorgan has doubled down on its bitcoin price prediction of $146K. The bank’s analyst explained that the price of the cryptocurrency could reach that level if its volatility subsides and institutional investors start investing in bitcoin more than gold in their portfolios.

JPMorgan released an inaugural report of its new publication last week focusing on the outlook for alternative investments, including digital assets. A new report is expected to be released every two to three months.

The firm’s analyst Nikolaos Panigirtzoglou has predicted that the price of bitcoin could reach $146K in the long term, with a short-term price target of $73,000 for 2022.

“Digital assets are on a multi-year structural ascent, but the current entry point looks unattractive in our opinion for an investment horizon of 12 months as bitcoin appears to have returned to overbought territory,” he explained.

The JPMorgan analyst added: “The re-emergence of inflation concerns among investors during September/October 2021 appears to have renewed interest in the usage of bitcoin as an inflation hedge.” Reiterating his “bullish outlook” for BTC made in October, he wrote:

Panigirtzoglou expects bitcoin’s competition with gold to continue, especially as more millennials invest, given their preference for cryptocurrencies. “Considering how big the financial investment into gold is, any such crowding out of gold as an ‘alternative’ currency implies big upside for bitcoin over the long term,” he detailed.

However, the JPMorgan analyst said that for the $146,000 price prediction to come true, bitcoin’s volatility would have to fall significantly, so that rules-bound investors feel comfortable adding the cryptocurrency to their portfolios.

He noted that BTC’s volatility is currently around four to five times higher than gold. The report added that the current volatility is such a problem that bitcoin’s fair price is actually around $35,000.

Nonetheless, the bank noted that bitcoin’s volatility is falling and that a price of $73,000 looks reasonable as the price target for 2022. Furthermore, Panigirtzoglou said that bitcoin is wildly unpredictable and a surge above $146,000 and a plunge to below $30,000 are both possible.

The JPMorgan analyst added, “There is little doubt that cryptocurrencies and digital assets more broadly are an emerging asset class and thus on a multi-year structural uptrend,” elaborating:

Digital assets have emerged as a clear winner post the pandemic, with retail investors joining institutional investors such as family offices, hedge funds and real money asset managers including insurance companies in propagating the asset class

This is not the first time JPMorgan has predicted that the price of bitcoin could rise to $146K. The bank first made this bold long-term price target for bitcoin back in January, citing that bitcoin competes with gold as an alternative currency. The bank explained: “The market cap of bitcoin at $575 billion currently would have to rise by x4.6 from here, implying a theoretical bitcoin price of $146K, to match the total private sector investment in gold via ETFs or bars and coins.”

Meanwhile, JPMorgan CEO Jamie Dimon has remained skeptical about bitcoin. In October, he said BTC was worthless and questioned its limited supply. He also said that bitcoin has no intrinsic value and regulators will regulate the hell out of it. In May, The JPMorgan boss personally advised people to stay away from crypto. Dimon said he does not care about bitcoin but his clients are interested. Meanwhile, the firm’s clients see crypto as an asset class that they want to invest in and the bank is now offering various crypto investments to clients. 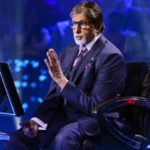 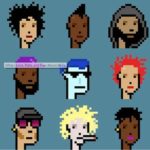 What I Love, Hate, and Fear About NFTs