As August unfolds into hot autumn, the crypto winter seems to have melted in July. Bitcoin(BTC), Ethereum(ETH), Polygon(MATIC), Solana(SOL), and many more cryptocurrencies showed improvement. Compared to June’s crypto prices, July is quite positive. The crypto community hopes to see prices rise for August as well.

Is the crypto winter finally over? The crypto market seems to be recovering from its losses in June. Many people believed that the crypto firms’ bankruptcies and the DeFi industry crash might pummel the prices down, but the end of July shows the crypto market is still going stronger than ever.

Additionally, Bitcoin proved that global prices will not affect its performance by showing good prices as the inflation and gas percentage shot upwards in the traditional economy.

Bitcoin(BTC) showed a good performance during the last week of July. The BTC prices that began from $19K rose to a high of almost $24,500 on July 30, which is the highest peak for the month. According to CoinMarketCap, Bitcoin rose 5.56% in the last 7 days, giving a good sign to the market analysts.

“The outlook for bitcoin exceeds official estimates,” says Michael Saylor, CEO of MicroStrategy, while a Bloomberg analyst says, Bitcoin has the tendency to “outperform most assets.”

August will surely bring good news to the crypto and BTC community.

Ethereum The Merge pushes ETH up

Ethereum(ETH) surged to an all-time high following the shadow fork announcement for The Merge in the middle of July. On July 16, the Ethereum dev team updated they were deploying the ninth shadow fork, which makes only one hard fork left until The Merge happens.

The last fork is expected to happen in August, and finally, The Merge will most likely launch by the end of this year. Ethereum coin is thriving in its prime and has exceeded all the crypto coins when it comes to gains.

Even Ethereum Classic (ETC)  has become a center of attention in the crypto market. ETC rose 45.70% in the last 7 days, according to CoinMarketCap.

However, user @rovercrc believes Ethereum needs to break out from its $1,600 resistance for a parabolic movement. He tweeted:

The highlight of this month is Polygon (MATIC) which hit 90.49% in 30-day tracking, based on CoinMarketCap. Its projects, partnership with Disney, and overall market strategy has pushed MATIC to an all-time high.

Overall, the progress of the crypto market looks better than in June. Although July began with depressive prices, it managed to recover and push upwards and closed the month with promising results.

The biggest reason behind the crypto market’s rise is the development aspect which hasn’t stopped for even a day. Every day new innovations, features, technologies, and advancements are happening in Web3, and this is what boosted the digital economy up.

As August unfolds this week, the prices are trading high and the community has a positive expectation for the eighth month of 2022 that would hopefully push towards the bullish patterns in BTC and Ethereum. 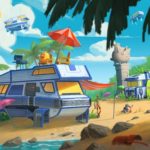 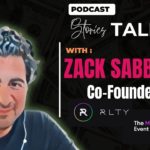 “RLTY is an evolving vision with metaverse”: NFTStudio24 Interview with co-founder Zack Sabban
Leave a comment