The Matrix star, Keanu Reeves is finally entering the NFT space. He along with his partner, Alexandra Grant are now advisors for Futureverse Foundation, a metaverse-centered charitable project to empower artists to be launched by Non-Fungible Labs.

Many celebrities are slowly transitioning toward the NFT space by either launching their personally-designed NFT collections or collaborating with other artists but Keanu Reeves is doing something greater than anyone else. He’s now part of a team that is working towards bringing artists and creators to showcase their talent through NFTs.

Before the announcement went out, everyone had assumed that Reeves was not a fan of NFTs and even expressed his confusion about NFTs and cryptocurrencies during a conference for “The Matrix: Resurrections.” He even considered NFTs could be “easily reproduced” and giggled about it on stage. Months later, Reeves is now joining the NFT space.

What is the Futureverse Foundation?

Futureverse Foundation is a charitable project launched by the company behind Fluf World, Non-Fungible Labs. It is mainly a startup that aims to highlight digital art and make it available for everyone around the world.

So far, Futureverse Foundation has donated funds to various artists across the digital art industry to help them enter the industry. It has collected $250,000 in its initial seed funding round from Non-Fungible Labs.

From the funds, Nana Oforiatta, a Ghanian writer and art historian received around €100,000 as support to curate works of  Na Chainkua Reindorf, Afroscope, and Diego Araúja, and Ghana’s Pavilion at the 2022 Venice Biennale.

The Futureverse Foundation gives grants to people through a nomination process. The artists and creators get a chance to stand out from the huge digital market by featuring through the foundation.

By empowering various artists and creators around the world, the foundation is motivated to launch a proper metaverse where anyone can access and create art without any restraints. The metaverse will be based on Root Network, a new Decentralized blockchain network, an infrastructure for “The Open Metaverse” a partnership project between Fluf World and Ripple.

All in all, It wants to celebrate diversity and talent by initiating a healthy yet rich digital environment.

Keanu Reeves and his partner Alexandra Grant will be joining the Futureverse Foundation as advisors to make this project a success. As a famous Hollywood star, Reeves has taken upon the mission to empower new and emerging artists through the platform to enter the NFT/metaverse space.

Alexandra Grant has been involved in various art projects over the years. Some of her artworks were also featured in exhibitions, which makes her a perfect advisor for the foundation. She is one of the main figures for Futureverse Foundation.

In the official press release by Futureverse, Grant expressed her thoughts on the foundation by saying, “Funding for the arts is a challenge for every artist and arts non-profit. Dreaming up a new model for arts philanthropy with the Non-Fungible Labs team that can have a lasting impact in both the digital and real realms has been one of the most exciting projects I’ve worked on, that has already had real impact.”

She will help the foundation enhance its community by helping artists who are currently doing artworks in the traditional art world to enter the 3D metaverse space.

In an interview with The Hollywood Reporter, Grant also explained the idea behind NFTs in the mainstream world, “This is the beginning, it’s a nascent moment for a technological shift where some people understand that they’re already in the metaverse, and some people don’t know what an NFT is.”

Grant believes Futureverse foundation has the capability to bring “a reevaluation of Western art, of practices based in colonialism” by giving value to art in the digital world.

Keanu Reeves also expressed his excitement about joining the foundation. In a statement, he said, “I am honored to be joining Non-Fungible Labs’ efforts in cooperation with Alexandra Grant for the extraordinary program and opportunity of the Futureverse Foundation, in support of artists and creators globally.”

Reeves has been an inspiration for many artists around the world. His role as John Wick has brought him so many fans. With Futureverse Foundation, Reeves might be gearing up to enter the NFT space.

The Futureverse Foundation is solely dedicated to gathering creative communities on the platform and giving the common people an opportunity to try out the new technology and enjoy the essence of art in its true form. By bringing in native artists and well-known creators from different industries, the foundation surfaces on global diversity and cherishes the rich heritage of art culture around the world.

With Keanu Reeves as advisor of the foundation, the Futureverse team hopes to enhance its approach to the creative world. On the other hand, now that Reeves has joined the NFT bandwagon, many anticipate if there is a possibility of The Matrix actor dropping his own NFTs in the future. 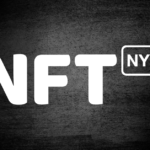 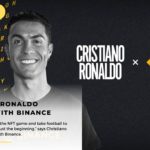