Recently, MahaDAO announced launching the MahaChain. That is closely related to MahaDAO a blockchain that arrives with internal built-in strong policies backed up by smart contracts.

MahaDAO launching Of The MahaChain with A New revolutionary Blockchain:

The MahaDAO is a decentralized autonomous organization. Recently announced to launch its MahaChain a new blockchain with built-in strong economic policies backed up by smart contracts.

Keeping the parallel policies issued by the central bank. MahaChain applies different economic policies. That may include quantitative easing, buybacks, and interest rates to promote and elevate the growth of decentralized applications (DApp) in the MahaChain ecosystem in decentralized ambiance.

MahaDAO is a name closely related to decentralization that makes a community-centered approach. That prepares a new and better financial world with a fair, non-concentrated reserve of wealth. The aim of launching Mahachain is to innovate a scalable, secure, and decentralized blockchain network.

Furthermore, MahaChain will launch in the early quarter of 2022. However, Testnet of it has already started in the early months of this year. Additionally, the economic policy will be added to MahaChain at the start of 2022. In a white paper prepared combinedly by Steven Enamakel (MahaDAO creator), and Suhas Kulkarni (The Economist). The economic policies will help MahaDAO to potentially make and govern a complete decentralized economy.

MahaChain is Ethereum Virtual machine fork (EVM) that uses a proof-of-stake (POS) consensus algorithm initially conceptualized by the POSDAO. Also, the blockchain will initially support 100 validators nodes elected by a decentralized voting mechanism, that also includes MAHA token holders. With this double token design, the role of MAHA will increase more as a proof-of-stake token used to rule and secure ARTH.

Within the launch of MahaChain, It will embrace the world of Defi, NFT gaming, and DApp Builders. It allows users to deploy their DApps on MahaChain.

Also, receive MAHA tokens as economic rewards. As well, the basic focus of the blockchain is on the high inflation countries. Such as Venezuela, Argentina, and Turkey.

Furthermore, MahaChain is rare and uses a different way than layer-one EVM chain in the industry. That support interoperability beginning from day zero with several bridgers. That helps users to interact with DApp and tap onto the liquidity on the other blockchains. For example Etherum, Polygon, Binance SmartChain from MahaChain.

Note: We are not any financial experts. Make investment decisions of crypto and NFT at your own risk. 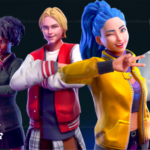 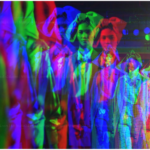