When it comes to digital ownership, Ethereum Name Service is undoubtedly considered the best domain service among many blockchains. However, long before ENS was launched, Linagee Name Registrar existed as the leading service provider. You can say, LNR is the oldest registrar on Ethereum.

It carries the long legacy of ETH and is one of the strongest services but it didn’t receive as much hype as ENS. For blockchain explorers, the Linagee Name Registrar is the best service because not only does it have a historical significance, but it is also rich with utility for owners.

What is Linagee Name Registrar?

Linagee Name Registrar or LNR is basically a domain name registrar created by an anonymous developer called Linagee, who listed the first smart contract and creator of TestCoin, on the Ethereum blockchain deployed on August 8th, 2015. Just like Ethereum Name Service, this registrar also gives users the right to create and own a name connected to their wallet address.

The service was forgotten when ENS was launched but was recently rediscovered by a developer Mason Keresty who claimed that Linagee Name Registrar might be the oldest and first NFT to be deployed on Ethereum.

To be precise, the LNR smart contract was listed a week before ENS was released and had only 60 registered domain names.

Keresty explains the function of the contract here:

Since LNR wasn’t much adopted among the NFT community, Keresty decided to launch a minting app attached to the contract, which grabbed people’s attention. Thus, the Linagee OpenSea collection was released.

Every domain name service has its own extension that can be considered as a brand name attached to the owned name. For Linagee Name Registrar, the .og extension is used as a domain name e.g. apple.og, pencil.og, dog.og, lee.og, etc.

The latest OpenSea collection is only considered a collectible. The only utility it provides to users is permanent name ownership only for Ethereum wallets. The name cannot be used for NFTs, websites, or other digital items.

How to claim a Linagee name?

With the minting app, claiming a Linagee name is easy and quick. Here is a complete guide:

OpenSea, the world’s oldest and largest NFT marketplace, also has listed the Linagee NFT collection of domains. To list a name on this trading platform, you need to be wrapped from the minting app. Each Wrap costs around 0.003 ETH ($2-$3).

Once the name is wrapped, you can use the LNR name for trading on the marketplace. Currently, the total trading volume of LNR is 928 ETH (~$1.4M) on OpenSea, showing how valuable this collectible is for investors or developers.

The most expensive LNR name to be sold on OpenSea is 412 for 3 ETH (~$4,500). It has a combination of different traits, making it a unique non-fungible token stored on Ethereum.

Why should you buy Linagee Name Registrar?

On the Ethereum blockchain, after ENS, LNR is the best option to go for. Although they can only be used for wallet addresses, they are a lot cheaper than .eth domains.

For individual collectors or traders, LNR can be your way of establishing Web3 identity permanently. In ENS, you have to renew your name ownership every year, while Linagee Name Registrar can only be claimed once, named once, and only give one ownership.

Instead of spending thousands of dollars on just one .eth domain, you can buy 10 or more LNR domains and still save money. 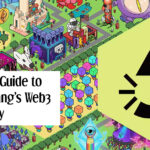 Lobby3: A Guide to Andrew Yang’s Web3 community
Next Article 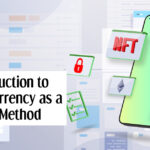 An Introduction to Cryptocurrency as a Payment Method
Leave a comment