After the success of adding the Royalties program for creators, the marketplace wants to award users using “Magic Points” for secondary sales trading. According to the official statement, individuals will be given 5 Magic points for each 1 SOL traded on the marketplace.

The points can then be redeemed for exclusive benefits such as discounts, creator content, NFT giveaways, and more.

Furthermore, the trading platform will also introduce a dynamic fee pricing where users will pay the transaction fee based on their marketplace activity; this amount will be distributed among users.

Magic Eden is the first marketplace to introduce royalties and now the loyalty program. It also recently introduced Open Creator Protocol, an open-source tool for creators to protect the royalty of their new collections.

The trading platform is home to some of the best-selling NFT collections including DeGods, Okay Bears, Y00ts, ABC, Solana Monkey Business, and many more.

To keep up with the rivalry, OpenSea, which is the world’s largest marketplace, also launched its own rewarding programs for creators.

By signing up, you agree to our Terms of Use and acknowledge the data practices in our Privacy Policy. You may unsubscribe at any time.
Share
What do you think?
Love0
Sad0
Happy0
Sleepy1
Angry0
Dead0
Wink0
Previous Article 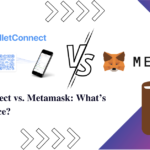 WalletConnect vs. Metamask: Which is best for Crypto?
Next Article 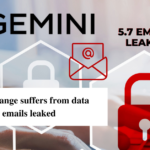