The Robo-revolution is here! Mega Man and Mighty no.9 artist, Keiji Inafune announces a new project with PolkaFantasy called Beastroid on the Aimee marketplace. It will be a 2,620 NFT collection featuring robots originally designed by Keiji Inafune himself. According to the PolkaFantasy, this NFT project marks a start for the Mighty no. 9 artist into the Metaverse.

Keiji Inafune is a Japanese artist who is widely known for his artwork in Mega Man, Street Fighter, Mighty no. 9, Kaio: King of Pirates, Dragon & Colonies, and Red Ash. The creator has been working in digital art for many years.

After so many renowned artworks, the Inafune is ready to enter the world of NFTs and metaverse with his upcoming NFT project called Beastroid in partnership with PolkaFantasy.

In a Medium post, PolkaFantasy, a Japanese NFT marketplace, explained that it recently renovated its own Marketplace with a new brand name, Aimee. PolkaFantasy is mainly now a metaverse with mystical GameFi and play-to-earn mechanisms, while Aimee is its official marketplace where all of the NFT projects will be displayed. The Japanese-based site plans on creating a futuristic metaverse, never seen before.

The collaboration with Inafune aligns well with PolkaFantasy’s aim to attract ACG culture fans to its platform.

Beastroid is Inafune’s first-ever NFT collection to be released on the Aimee marketplace. It is based on a futuristic-robotic sci-fi genre that will completely transform the digital art industry once it is launched in July this year.

The artist is quite thrilled to be showcasing his work on a new platform; the fans are also anticipating this futuristic collection as it is a once-in-a-lifetime opportunity to own an artwork by a legendary artist.

“Beastroid Vol 001 is Inafune-san’s first futuristic NFT collection integrated with incredible utilities. As he is stepping foot in the Metaverse, PolkaFantasy is proud to present the official debut of the robo-revolution collection on its brand new Marketplace 2.0.”

According to the official Beastroid site, this NFT collection is based on the story of a dystopian future where humanity is on the verge of extinction as an organization led by a wealthy man Ethan deployed “Guardian V” is out to kill every human to protect the grounds. Beastroids are the only ones who can save humanity from this oppression.

The first of its collection is called Survival Fighter which will fight and protect humanity from Guardian V. There will be a total of 2,620 within this Volume that will be launched in July through whitelist minting, according to the roadmap released. The NFT project is a long-term plan which will feature airdrops and 2 more Beastroid Volumes called Future Rider and Combo Champion.

Beastroids are expected to enter the Metaverse by this year after they launch the Robo-Arena. The website has also released exclusive images from the Beastroid collection.

Beastroid: a scam or legitimate?

Many Inafune fans believed Beastroid might be a scammer using Inafune’s name to fool people before the official announcement by Aimee marketplace.

Someone on Twitter leaked information about Keiji Inafune’s new NFT collection. Later, @Protodude who closely follows the artist’s activities claimed that Inafune wasn’t involved in the project. He tweeted:

A VGC editor Andy Robinson, who was closely looking at the upcoming collection, said this was a piece of leaked information but disagreed with the statement saying this project might be a scam. He said: “This appears to be a credible marketplace, and that page has Inafune’s name and some kind of original art all over it. Could they have decided to build all that for a scam? Sure, but why? Either way, I don’t think absence of his copyright and signature debunks it at all.”

However, Aimee Marketplace did tweet about the Beastroid NFT project with an official introductory video with Keiji Inafune which took those doubts away.

To conclude, Inafune’s Beastroids NFT project is bound to become a successful hit in the NFT marketplace as it involves the original artwork by the artist himself. The partnership with PolkaFantasy will also create a pathway for Inafune to enter the world of metaverse with Beastroids, giving more opportunities for fans to see new futuristic works from the artist.

For more information on Beastroids, check out the official website: aimee-beastroid.polkafantasy.com/. 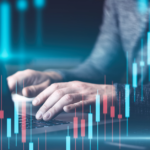 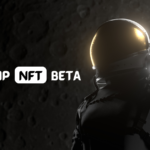