Dan Finlay, the co-founder of Metamask, a well-known wallet, recently quoted Coinbase’s statement on Twitter to protest against Apple’s policy about NFT transfers.

“I’m ready to dump the Apple ecosystem,” he said.

When Apple removed Coinbase Wallet from the iOS App Store for not complying with the 30% revenue from the gas fee, the company came up on the bird app to explain to its iOS users why they were unable to work with the tech giant.

Following the news, Apple faced much criticism from the crypto and NFT community for not cooperating and preventing mass adoption. Finlay was among them, who expressed his solidarity with Coinbase and announced he would dump the company’s ecosystem.

“If the crypto was earned externally, why is using it then taxed?” he said.

Apple is already in court dealing with cases of taxing companies like Epic Games which is “court’s injunction against letting apps link out for external payments.” Finlay said.

Apple defends itself by saying that 30% follows the antitrust law under California’s competition laws. It seems quite stubborn with applying such fees when it comes to crypto payments as well.

As mass adoption of crypto apps continues, Apple is going against the tide by limiting it. Finlay suggests developing an external prepay tx relay service to prevent in-app purchases on iOS devices. 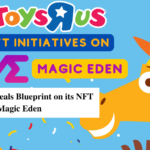 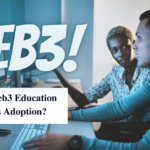 How can Web3 Education lead to Mass Adoption?
Leave a comment