On December 27, 2022, Midas Investments released an official blog stating it is shutting down, reporting on over 60% loss of assets after the LUNA, FTX, and Celsius market crash.

Founder and CEO Iakov “Trevor” Levin in a video shared he is deeply saddened to let go of the investment firm due to asset deficiency and massive loss due to risk taken by the team.

He explained that this year has been tough for the Midas platform as the firm lost 50M, around 20% of its $250 million AUM from its DeFi portfolio.

The team did recover these losses by May 2022 through new business models such as CeDeFi and other investment tools that could work well in a bullish cycle; however, after the LUNA, Celsius, and FTX crash, Midas lost 60% of its funds in 6 months, which made it impossible to sustain the “fixed yield model.”

Midas has already paused withdrawals for a few hours to make adjustments and make accurate calculations. After that, users will be allowed to withdraw their assets but the platform will cut 55% of Bitcoin, Ether, and stablecoins to fulfill the deficiency but will compensate in the form of MIDAS tokens that are linked to the new project.

Following the announcement of the shutdown, Trevor also shared that Midas will move towards a new goal, which is to follow its vision of centralized decentralized finance (CeDeFi).

“This project will be fully transparent, on-chain, and built with the goal of offering a new and improved investment experience,” the statement reads.

The FTX crash shockwaves still remain as many firms report losses and insolvency. On the other hand, ex-CEO Sam Bankman-Fried is being investigated over the exchange’s financial losses in the US court.

By signing up, you agree to our Terms of Use and acknowledge the data practices in our Privacy Policy. You may unsubscribe at any time.
news room December 29, 2022
Share
What do you think?
Love0
Sad0
Happy0
Sleepy0
Angry0
Dead0
Wink0
Previous Article 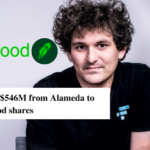 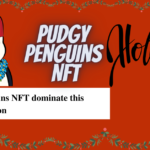