As the end of the year approaches, the price of bitcoin has hovered above the $60K region and with 18.8 million bitcoin in circulation, bitcoin’s market valuation is over $1.16 trillion today. Meanwhile, the number of tokenized bitcoins in existence today has swelled significantly during the last three years, climbing to 408,210 bitcoin worth $25 billion today.

More Than 400,000 Wrapped, Synthetic, or Tokenized Bitcoins in the Wild

Wrapped, synthetic, or tokenized bitcoin has become a growing trend during the last two years and nine months. Bitcoin.com News reported on one of the first projects on January 30, 2019, the day the Wrapped Bitcoin (WBTC) project first launched. Since then, there have been a whole lot more tokenized bitcoin projects and by July 2019, WBTC in circulation eclipsed the Lightning Network capacity.

WBTC holds the lion’s share of tokenized BTC with 231,659 tokens in circulation today. The coin BEP2, otherwise known as BTCB issued by Binance, has around 105,099 tokens circulating today. Meanwhile, the other tokenized bitcoin projects have much lower supplies, and the third-largest tokenized BTC project is backed by the trading platform Huobi.

Ethereum is the largest blockchain in terms of the amount of tokenized BTC leveraged on a network. Eight out of the 11 projects that issue wrapped, synthetic, or tokenized bitcoin products use the Ethereum chain. BEP2 (BTCB) stems from the Binance Smart Chain (BSC), RBTC is issued by the RSK network, and LBTC is issued by Blockstream’s Liquid network.

The two tokenized BTC projects that have seen exponential growth since launching are WBTC and BEP2. Both projects are the most dominant with an aggregate of 336,758 tokenized bitcoins or 82.49% of all the tokenized BTC in existence. 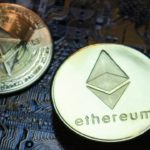 Ethereum hits record new high of $US4470
Next Article