Fans have always actively participated in streaming music to fund their favorite artists but have they gotten anything in return? Nas and Royal present a revolutionary NFT project that gives supporters royalty rights over music.

Nas is a Grammy award-winning American Rapper, Musician, and Innovator who has been actively working to bring change to the music industry.

With Web3 technology emerging in the space, Nas decided to explore various possibilities within it. Until he came across the concept of royalty sharing, and democratization of digital ownership. He brought something new and unique that not only involved him but also his fans on one platform. Here’s a complete guide to Nas NFT drop:

Nas partnered with DJ 3LAU to debut his first-ever collectibles featuring 1,870 NFTs of his two singles “Ultra Black” and “Rare” on Royal.io, an NFT platform for musicians and artists. The fans had the chance to mint their favorite rapper’s music and also receive a royalty share based on the tier level they buy.

The NFT collection gained a lot of hype and sold out generating $560,000 in total revenue. The utility and ownership of music collectibles by a famous musician made headlines as no one had ever done such a bold project before.

Unlike PFP projects like Bored Apes or Moonbirds, Nas NFTs gave monetary returns by distributing royalties to holders instead of just the artist.

Ultra Black consists of 760 tokens, giving a total of 50% ownership to buyers through royalty streaming. By celebrating the rich Black culture and promoting a Pro-Black mindset, Nas honors the contributions made by his community by presenting a phenomenal rap.

Ultra Black is the title track of ‘King’s Disease’ album, which also won a Grammy Award in 2021.

The collection is divided into three tiers and each tier contains different royalty percentages and benefits explained as follows:

The benefits include access to HipHop 50 Discord community and Sweet Chick Secret Menu, VIP tickets, merch, etc. based on the tier level. The collection raised $137k in total.

The second single “Rare” from ‘King’s Disease II’ includes 1100 tokens with 50% royalty ownership to the holders. This masterpiece represents the musical journey of Nas as a musician, holding a deep meaning for his fans.

Just like Ultra Black, this type of NFT is also distributed in 3 tier levels:

The benefits are also the same as the first single. Based on the website, this NFT series generated $369k in sales revenue.

Where to buy Nas NFT?

Currently, both Singles are sold out but you can buy them from the secondary market on OpenSea. However, don’t expect a price similar to the initial mint price because knowing the rapper’s reputation and demand in the music industry, his NFTs will also be expensive.

Additionally, since these songs give royalty streaming to owners, the price will definitely be higher based on how high the percentage is aka the rarity traits. For example, the price of a Diamond rarity token will be far more than a Gold rarity token.

Nas NFT drop might be the biggest launch of the year in the music industry. Until now, many small artists and rappers have been trying to build their ground through NFT music and they succeeded with that. After all, the Web3 platforms give musicians full ownership over their music with no third-party involvement.

Royal aims to achieve this goal of ownership and equality by empowering music artists, producers, and DJs to release their music or collectibles in the blockchain. In an interview, Royal shared, “There is a huge opportunity to revolutionise the music industry. We believe shifting power to artists and democratising ownership is a powerful step.”

For decades, fans have supported their favorite singers/bands by buying music albums and merchandise, Royal opens a new door where people can directly invest in them and receive a personalized experience with music.

For more information on Royal visit the official website: royal.io. 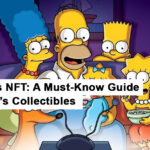 Simpsons NFT: A Must-Know Guide to Disney’s Collectibles
Next Article 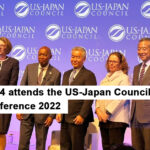