Today, we break down whether an NFT Is Just A Bubble Or The Future Of Art in detail. We’ll also shed some light on its growth from start to finish.

Mediocre people has always been skeptical about new tech, whether it was an invention or new crazy idea from Einstein or Elon Musk — because they fear change.

Even the cavemen were afraid of exploring new things in nature like the sun, fire, and migrating for a better life. However, it didn’t stop the human race from to level up their skills and intelligence to compete with necessities of each era.

I can still recall everybody being skeptical about exploring Bitcoin as a decentralized, highly volatile, gamble-like cryptocurrency and in doubt — how investing in Bitcoin is just another scam.

But when they saw NFTs sold at ridiculously awesome prices, and some NFT projects became viral on social media, those same people couldn’t stop raving about it and wondering how to dip their toes in this new crazy trend.

How NFTs Can Revolutionize, Restore and Secure the future of Digital Artwork?

NFTs are non-fungible tokens representing a digital ownership contract of digital Artwork available in the different forms of Audio, Video, GIF, and Game items by potentially new or renowned Artists.

The general public have shown objection towards the ownership rights as the Artwork could be copied and saved by everybody except the token. This feature allowed the original single copy restricted to the owner solely, even in a distributed ledger.

If you are skeptical about NFTs, then let us take you down the road to restore your confidence in NFTs.

Timeline Of NFT | How The NFT Journey Started

Color Coin, supposedly the elder brother of NFT, was created to serve as proof of ownership. However, Color Coin was abandoned by the founders of Bitcoin as it didn’t work out to the maximum of its potential.

Counterparty is a platform that enables the creation of digital assets related to the bitcoin platform. Characters like Homer Simpson were created on the platform, initially sold for 500$ & later for 38,000$.

The same year Cryptokitties was launched. NFT Smart Contracts were also created based on Ethereum blockchain. This virtual cat farm allowed people to buy their favorite cats online. By the end of the year, 2017 people had spent over one million USD on this platform.

Are NFTs The Future Of Digital Artwork? 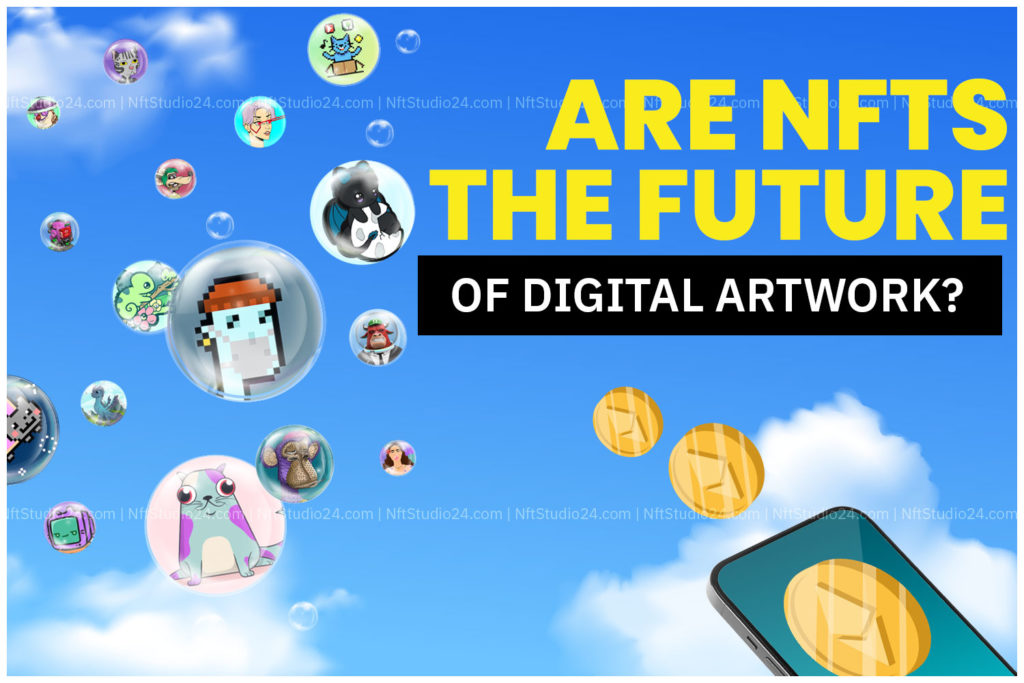 We have our history stacked up with numerous examples worldwide where gifted Artists live a life of anonymity and dying without getting any recognition for their unique creative artworks.

NFT provides a platform for Artists, providing them exposure to fame and buyers. At least, now the artist doesn’t need to worry about money.

Also, community-based NFT projects have founded charitable foundations to empower under-privileged Artists. It is much easier to sell NFT Artwork rather than a physical copy of Artwork.

You sell your physical Artwork for once and don’t get any monetary benefits if the artwork value rises in the future — whereas NFT can help the original Artists to sell their artwork thousand of times and gain 5% to 10% amount every time the Artwork resells.

Does NFT Ensure The Survival and Security Of Digital Artwork?

NFT without a doubt, is the most secure virtual platform for Digital Artwork.

One of the core missions is to serve artists globally. It doesn’t matter who they are, where they come from, which ethnicity they represent.

Why Is It Hard For Some People to Accept NFT as a New And Better Revolution In Artwork?

“What we need to understand is that what is being traded is not the artwork; It’s the participation,” Edmund Schuster stated, an associate professor of corporate law at the London School of Economics

The older generations are not willing to accept and realize that sooner or later, everything is going over the Internet and the maximum of labor work is going to be done by Robots.

The human brain is too good to do regular repetitive chores and physical work while requiring zero problem-solving.

This is the ultimate idea of every future technology: to make the Human physical effort least required while utilizing Human Intelligence like problem-solving, connecting the dots, and learning patterns for a better quality of life for everyone.

Now we have presented some facts and our opinion — we would like to hear what do you think NFT is just a bubble or the future of art? Please leave a comment below — OR — Invest in latest NFT collections to earn awesome profits at reselling.

By signing up, you agree to our Terms of Use and acknowledge the data practices in our Privacy Policy. You may unsubscribe at any time.
Editorial November 13, 2021
Share
What do you think?
Love0
Sad0
Happy0
Sleepy0
Angry0
Dead0
Wink0
Previous Article 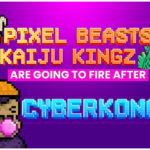