NFT market seems to be cornered at the edge of a cliff as its sales volume dropped below $1B this month. Compared to June 2021, the million-dollar industry is walking on a thin line of resistance this year with blue-chip NFTs floor prices tanking low.

The common non-NFT community sentiment that NFTs were just a timely digital craze seems to have come true this month. With the crypto prices dropping to lower levels, the NFT marketplaces are seeing a drastic decrease in traffic and daily trading volume.

Investors have either sold all their NFTs in panic or kept them hidden in their wallets until the prices go up, whatever the case may be, the marketplaces have recorded a low amount of interest for NFTs among collectors in June 2022.

The fall of Blue-chip NFTs

Before the market crash, Blue-chip NFTs were the most successful digital items in marketplaces. Almost everyone wanted to buy a Bored Ape or a CryptoPunk, each worth millions of dollars.

Now, blue-chip NFTs seem to have fallen in popularity. The reason is simple: for people who bought a CryptoPunk NFT for $260,000, the NFT is currently only worth around $100,000, which is half the price.

Similarly, Otherdeed NFTs released in May this year, recorded the highest floor prices, and completely clogged the Ethereum network. In June, its floor prices dropped to 30%. Even BAYC’s NFT floor prices saw a decline of 33% in the last 30 days.
However, a small NFT project that emerged into the best-selling NFT collection, goblintown.wtf did quite well on the NFT ranking. Its floor prices increased from the previous record, making it chart on the OpenSea’s chart for a week or so. The collection is still charting in the Top 10 collections.

Many other small NFT projects have seen improvements in their floor prices and trading volume in the declining market when compared with blue-chip NFTs. This indicates a shifting trend among investors to invest in small NFTs that can profit them in a bear market.

JPG NFT Index plunges down by 70%

According to Bloomberg, the JPG NFT Index, which tracks the blue-chip NFTs, recorded a historical drop of 70% since its rise in April. Based on CoinMarketCap, the blue-chip NFTs aren’t seeing much improvement and dropping day by day.

Overall, the industry seems to be tanking quite badly with OpenSea, the largest NFT marketplace recording a daily trading volume below $1M this month and the monthly sales volume dropped almost 75%.

Pedro Herrera, the head of research at DappRadar says, “Without question, the NFT market has fallen off the cliff this June. While the market is way more mature, it is fair to say that in recent weeks, investors were looking for safer places to put their money amid the Terra collapse and the rumors surrounding potential liquidations.”

Compared to the usual predictions that crypto prices might rise and the NFT market will see improvement in June, the market remains bearish. Experts believe the only way for NFT prices to rise is when Bitcoin manages to break its resistance zone.

Currently, the NFT market is seeing a severe drop in prices. As of now, BTC has plunged down even lower and is trading at a low of $18,729 and a high of $20,632, which means it has left the resistance level of $21,000 which it maintained last month.

With July starting, the NFT market seems to be in a depressed mode. However, the industry is still growing in the background with many new projects and NFT drops incoming in July.

Experts believe that the declining NFT market has left many lessons to the community and might even mark a new beginning for investors. Before people invested in NFTs that were popular or selling well just for the sake of it, now people will think twice before buying any NFT.

As Aaron Brown, a crypto investor and writer for Bloomberg Opinion says, “Much of the craziness was bled out of NFTs and they are going through a period of consolidation. I suspect they will survive, but on a much more sensible basis than at the height of the mania.”

The NFT market for July doesn’t look promising based on the current crypto prices but the Web3 developers and entrepreneurs believe the NFT industry has become a mature market, so it will eventually recover from the bearish pattern soon. 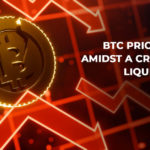