The NFT market sees a rise in the prices of valuable collections to 18.46% on Ethereum  and 17.64% on Polygon after Bitcoin and the crypto tokens picked up pace in the last seven days. As many people indicate an upcoming bull run, January is on a good start.

According to data on CryptoSlam.io, the Ethereum blockchain saw $200 million in sales with 429k transactions in the third week of 2023. On the other hand, FLOW and BNB Chain experienced a decline in sales over the 7d chart.

Last week on Saturday, Bitcoin rose to $23k. Currently, the world’s largest cryptocurrency trades at $22,700 with a market cap of $438 billion, based on CoinMarketCap.

The Fear and Greed Index shows a Neutral sign, indicating the traders are both greedy yet fearful.

Seeing the ETH and altcoins increasing from their previous lows, the NFT buyers have also increased. According to stats, the top 5 collections leading in the 7-day chart are:

Yuga Labs leads the NFT scene due to the launch of its first endless-runner game “Dookey Dash”, which accumulated 16,562 ETH traded sales, which is around 27M, on the OpenSea marketplace.

This week, the non-fungible tokens are expected to break out from last week’s prices as the crypto market continues to recover from the prolonged winter. 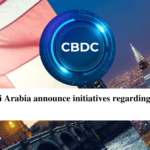 UK and Saudi Arabia announce initiatives regarding CBDCs
Next Article 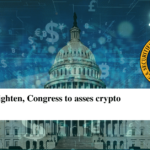