Data shows that non-fungible token (NFT) trading volume has skimmed 97% despite its rise in January. During the same period, the number of NFT wallets increased by about 2.8 million. The NFT market collapse might provoke a revaluation of the actual value of the tokens and alter how they are used.

While the 2022 cryptocurrency market breakdown endured much attention, the corresponding collapse of the non-fungible token (NFT) market has somewhat fallen under the radar. NFT trading volume collapsed to 98% from its peak in January 2022.

Data collected on Dune Analytics showed that the trading volume for NFTs has gone from $17 billion to just $466 million from January to September this year. That number would put current trades back where they were in July 2021 before the NFT hyped up.

At the same time, however, the number of wallets owning at least one NFT has skyrocketed to 6.14 million, compared to 3.36 million at the end of January. NFT marketplaces also witnessed a massive change from the beginning of the year, where marketplace LooksRare was responsible for most of the dollar trading volume. The mighty NFT trading platform OpenSea also witnessed a 75% plunge compared to the last two months.

In an interview, Tony Ling, the founder of NFTGo, said, “Innovation will continue to drive NFT adoption despite the market downturn.” Recently, post offices in Austria have experimented with NFT stamps, while Mastercard has rolled out NFT-customized debit cards.

Despite the continuous falling back of the NFT market, with the average weekly trading volume for NFTs down about 30% compared to the same period in August, the Luxury jeweller Tiffany & Co. announced a customized pendant experience for CryptoPunk NFT holders. 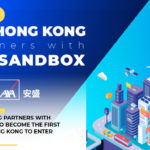 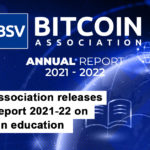