The hype over NFTs has brought a variety of collections to the marketplace. Many collectors are highly interested in buying NFTs based on their price utility or worth. This is why rarity ranking exists.

For people who have no idea about rare NFTs, the rarity tools like NFTStudio24 rarity tool help them in buying the right ones.

If you are aware of the types of NFTs, then you would know that generative art, PFP avatar, and collectibles feature 5,000 or 10,000 NFTs in one collection. Although the main art is the same, there are unique traits that make them distinct from one another.

For a collector buying one NFT from 10,000 NFT can be a challenge because they would never be able to pick out the rarest from the collection. The rarity tool is designed to help collectors “snipe” rare NFTs from the marketplace that holds value and is worth an investment.

But before we dive into the details of the rarity tool, you should know the basics of NFT rarity, how rarity ranking is calculated, and how you can benefit from different rarity tools available online.

What exactly is NFT rarity?

NFT rarity means picking out rare traits in an NFT that determine its value compared to other NFTs in the collection.

NFTs or non-fungible tokens are defined as irreplaceable digital assets that have a combination of unique characteristics that can only exist one in the world. The more scarce a trait is, the more likely for the NFT to be rare. These are picked out based on the supply and demand of the digital collectible.

For example, if an NFT has a unique trait that others in the collection don’t have, then that NFT would be more desirable and have a high rarity score.

In PFP avatar collections, NFT are usually divided into trait groups, sub-traits, and 1/1 traits that define the rarity. These traits can be anything that makes them scarce and unique.

For a better visual presentation of what rarity traits should look like, see the image above. The traits are divided based on the avatar’s body, background, hat, eyes, and outfits, which further specify a different range of combinations, making each NFT unique from one another.

For example, let’s take a look at the Doodles NFT rarities.

Doodles NFT collection features 10,000 Doodles with a variety of rarity traits. On NFTStudio24, Doodles has 6 trait groups: background, body, face, hair, head, and piercing. The sub-traits are further divided from where the rarity levels are picked by the Rarity tool and then ranking is done.

The highest ranking Doodle NFT actually has lesser common traits and is also in demand in the marketplace. The gold skin is rare, the ape type is only a few, and the combination of the traits is scarce. So, NFTStudio24 ranks Doodle #6914 no.1 among many NFTs.

Some traits are only a few in number and not common in every NFT in a collection. For someone not using a rarity tool, it will take hours or days to pick out a rare NFT, but with an NFT rarity tool like the NFTStudio24 rarity tool, it is easier and faster.

On the other hand, 1/1 NFT artworks are quite rare, are only a few in number, and have scarcity in each article. These works are easier to pick because all of them have high value in the market.

How is NFT rarity calculated?

When learning about NFT rarity, you might wonder, ‘there must be some kind of criteria or formula used to know the rarity of an NFT?’ Well, you are right. When the NFT rarity tool wasn’t invented in the beginning, dozens of excel spreadsheets were made for each collection to categorize traits and then use a formula to calculate the rarity score of one NFT.

Rarity.tools was the first to devise a formula for rarity score that stated:

This was a breakthrough in the NFT space as it completely revolutionized the way we see or judge NFTs for their value. This formula is derived from the following calculation methods:

According to the medium post by Rarity.tools, the statistical rarity and average rarity rank are based on overall rarity levels of all NFT traits, while trait rarity focuses on the rarest single trait. All of these are combined in one formula of Rarity score that picks the single rarest trait and overall levels of traits.

This is only the basis of how the rarity score is calculated. With more advancements in the NFT space, the rarity tools on different platforms have applied different methodologies. NFTStudio24 also ranks rarity scores based on its own standards.

What are rarity tools?

Now that you know the basics of NFT rarity, understanding the rarity tool becomes easier.

Rarity tools are basically software programs designed for non-fungible tokens to score and rank NFTs based on their rarity traits. These tools help in picking out the rarest NFTs from the collection and give a detailed explanation of what specific traits make them rare.

Collectors can use the rarity tool to buy valuable NFT or sell their NFT at its definite price based on its rarity level. All platforms have different criteria for rarity scores even if the NFTs rank the same everywhere.

For example, on OpenSea, the ranking of an NFT will be different from the ranking on NFTStudio24 because both of them look at the asset based on their own standards. However, this doesn’t mean one rarity tool is authentic while another isn’t, it all depends on what standard that tool has set for scores.

How does the NFTStudio24 rarity tool work?

Using the NFT rarity tool is quite easy due to its easy user interface and simple features. These tools are specifically made straightforward so that people new to NFT trading can navigate without any problems.

Almost every rarity tool works the same way. On NFTStudio24, you can locate your favorite NFT collection from the search bar. For example, You want to know about Pudgy Pepes NFT. The collection page will open up with all the details on supply, floor price, trading volume, owners, etc. along with an NFT review of the collection.

On the left side, you will see a detailed description of the NFT collection and all its social links. Since NFTStudio24 is in partnership with OpenSea, all the NFTs are officially linked to its official OpenSea page.

In the above image, you can see that the NFTStudio24 rarity tool has ranked NFTs based on their rarity traits, making it easier for collectors to pick from the 10,000 collections.

Now, if you click on one of the NFTs from the collection, all the details will be listed so you can judge what NFT is best suited for you. Once you have decided, simply click on “Buy on OpenSea.”

You can view and purchase the NFT on OpenSea.

When it comes to rarity ranking, it is always recommended to look at different rarity tools before making a final decision. Here are the top 5 rarity tools you should know as a collector:

Rarity.tools is a diverse software that utilizes four calculation methods (mentioned above) to rank and score the rarity of every NFT. Users can simply filter out different characteristics based on their preferences to pick the best and rarest NFT from a collection while giving focused rarity information.

One thing many users complain about Rarity.tools is its complex UI that is hard to navigate for new buyers. Nonetheless, once you get hold of the tool, you can easily find purchasing opportunities when using it.

Rarity Sniper is a well-known rarity tool in the NFT space that offers trading analysis features and rarity ranking on one platform. It has the most diverse features for people who want detailed info on each NFT collection’s rarity ranking and properties.

Many analysts use Rarity Sniper for analysis, news, and an upcoming drops calendar to keep themselves updated with the latest happenings within the NFT space. It also has a Discord community where NFT enthusiasts gather to discuss their observations and opinions on NFT collections.

NFTStudio24 is a media news platform that features a special Rarity Tool built with the latest technology and features. Its main focus is to empower new and emerging NFT artists by listing verified NFT collections, allowing small and big buyers to invest.

It has a diverse amount of NFT Collections listed and ranked based on the NFTStudio24 rarity ranking system. The platform allows creators to list their NFT collections and publish press releases to attract a global audience.

All in all, the NFTStudio24 rarity tool is the perfect software to buy and sell NFTs on different marketplaces.

OpenSea is the oldest and largest NFT marketplace that features a rarity tool for collections. Compared to NFTStudio24, OpenSea’s rarity ranking is based on volume, floor prices, etc. It also has Collection Stats to track 24h, 7d, 30d, and All ranks of NFT collections on demand.

Many users prefer using this rarity ranking tool instead of the focused ones because of its accuracy and authenticity. However, this platform might not be suitable for detailed trading analysis.

NFT rarity is a complex concept for new traders and collectors who aren’t familiar with how NFT collections are ranked or valued in the industry. To make things simpler, a rarity tool exists for making an informed decision.

However, the rarity of an NFT isn’t the only thing that makes it desirable, its utility is also a big factor. NFTStudio24 provides NFT reviews and the latest NFT news on collections to keep you updated.

Before buying any NFT, you should do personal research on the artist, company, utility, and then the rarity using the rarity tool to make your purchase worthwhile.

Note: NFTStudio24 doesn’t provide any financial advice to its readers. Make financial decisions at your own risk. 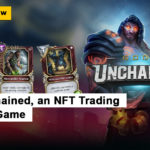 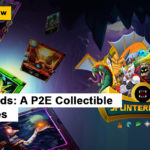