LEARN HOW AN NFT SOLD FOR MILLIONS, PLUS TIPS FOR VALUING YOUR OWN UNIQUE DIGITAL ASSET.

Ten thousand different ‘Loaded Lion’ non-fungible tokens (NFTs) were launched earlier this week for $200 apiece by Crypto.com. A couple of days later, at least two of them received much higher bids and were sold at million-dollar valuations.

Loaded Lion #1953 , the mountain climber, received a bid for $1.3 million. However, it was rejected by the owner who has increased the base price of the bids to $2 million.

Loaded Lion #1969 — dubbed The Mars astronaut wearing the Matt Damon ‘Fortune Favours the Brave’ logo — on the other hand, agreed to sell for $1 million to Mark Watney, after the character played by Matt Damon in The Martian.

Owners of other items in the same collection seem to have drawn courage and have listed their lions for millions of dollars, with Lion #10000 asking for $100 million or more. However, it remains uncertain whether or not they will get their wish. Bids for most items in the collection have not exceeded $10,000 on average.

Moreover, there are NFT lions listed at relatively low prices not even receiving bids for the full $200 that the initial owner had paid for them.

THE SYMBIOTIC RELATIONSHIP BETWEEN CRYPTOCURRENCIES AND THE NFTS THEY BACK

The trajectory of the Crypto.com (CRO) currency is even more interesting than the money minted for their owners by the Loaded Lion NFTs this week. Between July and November, the CRO’s value rose for various reasons, including the fact of a market-wide bull run seen by all cryptocurrencies.

However, the wider crypto market saw a dip from November 10 onward, which the CRO seems to have escaped. Come this week, CRO actually saw a substantial rise on November 23, the day when 10,000 Loaded Lions were launched.

Because their NFTs were created on the CRO chain, which runs on top of the Ethereum blockchain, buyers had to pay for them denominated in the CRO currency resulting in higher demand for the town . The three days after the lunch, there has been a cumulative 15% drop in the exchange value of the cryptocurrency. Notably, the largest Indian cryptocurrency exchanges such as CoinSwitch, WazirX and ZebPay do not offer the CRO currency for trade yet. 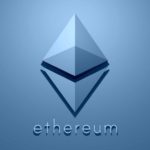 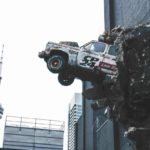