NFTs are finally taking over the music industry by storm. From Snoop Dogg, Eminem, and Timbaland to Mike Shinoda, NFTs and metaverse avatars seem to be the latest music industry trend around the world.

Virtual avatars have always been popular in the mainstream industry. Many fashion brands, retail companies, food brands, and other businesses have used avatars for promotional purposes.

NFTs and NFT avatars are setting a new trend in the mainstream industry, starting with the music industry. Many artists have been trying out their NFTs as avatars for their MVs, which can be considered the beginning of a new era in music and technology.

VMA-nominated Snoop Dogg and Eminem’s collaboration music video for “From The D 2 The LBC” featured their Bored Apes as avatars of themselves.

This MV marked a new beginning for the NFT music community because until then, NFTs have always been considered PFPs or metaverse avatars.

Snoop Dogg and Eminem expanded the utility of owning an NFT by dropping an immersive music video that took everyone’s breath away. Not only was it a refreshing unique MV but it also showed the rich collection of NFTs both artists own as of now.

The Bored Ape of Snoop Dogg and Eminem can be seen mouthing to the music while driving in a cartoonish car, giving a whole new category of aesthetics by combining technology with art and music.

From The D 2 The LBC Bored Ape music video has also been nominated on VMAs 2022 for Best HipHop, being the first one to do so!

Similarly, Timbaland, an American rapper, also debuted his Bored Ape in a music video, but unlike the Snoop Dogg x Eminem Bored Ape MV, Timbaland has created a brand-new identity for his Bored Ape called Congo.

Congo is a Bored Ape musician who debuted with a 3D high-resolution art music video for “Has a Meaning” released on glass.xyz.

Vega-Genesis, a rapper and music artist, recently introduced his CloneX NFT avatar with a music video. In Good FreeStyle, Vega-Genesis introduces Junior Jr., the first CloneX 3D NFT avatar straight out of the metaverse to debut as a musician designed by RTFKT Studios.

For the first time in the history of award shows, MTV Video Music Awards 2022 presents a new nomination category called Best Metaverse Performance. The award show seems to be embracing the virtual world.

Other than that, music NFTs have also taken over. A few months ago Mike Shinoda, a member of Linkin Park, released audio-visual NFTs, ZIGGURATS Mixtape. The owners can own Shinoda’s originally produced music and artwork. As of now, the NFTs are completely sold out and the artist plans on releasing similar projects in the future as well.

Just recently, Biggie Smalls Estate partnered with OneOf marketplace to honor the late rapper’s death by releasing freestyle music with an NFT art collection that owners can have a license to experiment with.

Muse announced their first chart-eligible NFT music album where people can own the original tracks through the Serenade marketplace via Digital Pressing. The fans can listen to the music tracks anywhere around the world, but only a few can own them.

The Weeknd recently bought a bunch of NFTs by an NFT artist, which many predict to be part of his upcoming music or some other project. Although the musician hasn’t hinted at any such plans at all.

Although there’s a lot of negative mindset surrounding NFTs and crypto among fans, the musicians are taking the step to bring their fans towards the emerging technology. Many artists believe NFTs can be a good way to interact with their fans.

NFTs are more than just digital collectibles, they have an infinite amount of utility in almost every creative industry, especially music. Every month, new artists are introducing partnerships and collaborations with Web3 platforms to try out the metaverse and NFTs.

There’s no doubt in saying that by the next 5 years, NFTs will be massively adopted by music fans and musicians around the world. After all, the music industry has always evolved with technology. 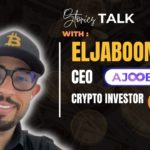 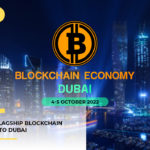