US-Japan Council Annual Conference 2022 held on October 27-28 in Tokyo, Japan was a lively gathering of industry leaders from the United States and Japan to discuss different aspects of development. NFTStudio24 had the honor to attend this high-prestige event.

The conference was attended by Prime Minister of Japan Fumio Kishida who expressed his thoughts on the upcoming developments within Japan and how the US is part of the journey.

There were various panel discussions held by well-known personalities from both countries.

Web3 and NFT art – by James Higa and Sputniko

During the occasion, a discussion on Web3 also came up. “Web 3.0 and NFT Generative Fine Art” breakout session was held with James Higa and the famous NFT artist Sputniko to discuss the growing industry in Japan and US.

According to Sputniko, the NFT community is quite extensive and for anyone to become a collector it’s important to be familiar with NFTs. She also shared that it might be easier to become an artist if you’re from New York or London but NFTs open a new door for people to establish their career from anywhere in the world.

The interaction continued with the duo educating the public about Web3 technology, non-fungible tokens, and how people can adopt this new technology in their daily life or professions.

The annual conference brought Governor David Yutaka Ige of Hawai’i and Mayor Sylvester Turner of Houston, Texas, to discuss how the US and Japan have been actively working together to educate and bring change to their respective societies through various mediums.

When discussing Public values and diplomacy, Governor Ige shared that all the efforts put in by him and Mayor Turner are thanks to the organizations that are participating in making the world a better place.

He also expressed his gratitude to the US-Japan Council for promoting people-to-people connections and giving industry leaders and politicians a chance to interact at an international level.

“It’s important for people to connect and be together. The US-Japan Council has done an incredible job, and you wanna build on it,” Mayor Turner said. “The governor and I, we have titles attached to us but the reality is without the people in this room and people not in this room, there’s not much that we can do. We only represent these people.”

The event wrapped up with a positive environment in which people got a chance to reconnect or introduce themselves. NFTStudio24 is on a mission to educate the masses about Web3 and metaverse with its upcoming “Metaverse for All” campaign and this was a great opportunity for us to move forward! 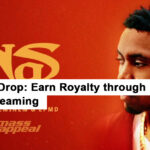 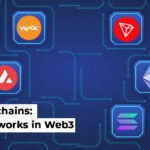