NFTStudio24 sat down to chat with Sandy Carter about Unstoppable Domains, Web3, digital identity, the future of the internet and data, and her aspirations with Web3.

Have you ever encountered situations where you search for something on Google for a while and then receive similar product advertisements and promos about the same topic for the rest of the month?

In Web2 internet, we all know our personal data is shared with agencies, organizations, and big corporate giants without our permission, but can we do anything about it?

Since the launch of Facebook, Google, and other big tech giants, many cases and lawsuits have happened about data breaches and sharing. There are laws established but they aren’t much regulated to the extent of protecting users’ data from all companies.

When Sandy Carter came across this problem, her solution was to switch her career to Web3, all because it protected data and gave her ownership over it.

Sandy Carter is a well-known best-selling Author, Speaker, and Entrepreneur, widely recognized as one of the most influential women in the Web3 world. She has always been a driving force for digital business innovation. Sandy worked for Innovation at IBM for almost a decade and also was SVP at Amazon.

Sandy has been listed in Forbes 2016 Digital Influencers, Onalytica’s Top 100 Influencer both for Cloud and IoT, and a Top Channel Chief by CRN Magazine. At Unstoppable, she is helping the Web3 community by sharing her expertise.

From Amazon to Unstoppable Domains

As mentioned above, Sandy worked at Amazon for many years in the web services department. Being part of the world’s best tech company was a big achievement for Sandy.

During her last year at Amazon, she came across many clients who shared their enthusiasm for augmented reality, virtual reality, artificial intelligence, and blockchain. Blockchain was a newly emerging technology, which spiked Sandy’s interest, so she decided to explore this industry for a while.

Within a few months of her time in blockchain, Sandy was convinced that this is the industry where she should pursue her career not just as a side job but as a proper profession.

“As I started going down the rabbit hole; especially in blockchain, I found so many use cases and the power of the tech. Given that and the combo of virtual reality, augmented reality, AI, and blockchain for the metaverse, I just started thinking I really wanna do this,” she said.

“As I started going down the rabbit hole; especially in blockchain, I found so many use cases and the power of the tech. Given that and the combo of virtual reality, augmented reality, AI, and blockchain for the metaverse, I just started thinking I really wanna do this,” she said.

In an interview with New York Times, Sandy also shared the same thing of how people were interested in crypto not because of the money but the innovative and new stuff it brought, for example, the digital ownership of personal data, which influenced her decision to enter Web3.

Sandy’s aim was to help businesses create the next generation of the internet aka Web3. “It’s really focused on that three-dimensional viewpoint as well as decentralization and ownership of your digital identity,” she explained.

When Sandy joined Unstoppable Domains, it was just a startup gearing up to become one of the best companies in Web3. She became the SVP of the company and used her past experience to help it grow into a Unicorn with a valuation of $1B.

Unstoppable Domains is basically focused on Web3 domains, which are domains with superpowers. It is a digital identity that travels with you throughout the metaverse and anywhere you go it goes with you. The company was just named in Forbes Top Startups in 2022 in the United States.

Throughout the interview, Sandy highlights the importance of owning digital identity and data in Web3. One of the biggest advantages of switching to Web3 that she gives is to protect your data.

In Web3, all data is owned by the users themselves. This means they can choose to share their data, the amount of data, and even see how your data is being used. In short, blockchain technology is built in such a way that companies don’t have the authority to access a user’s data without their permission.

Sandy explains the role of Unstoppable Domains in Web3 by saying that most transactions and exchanges are done using machine-readable numbers unique to every user. Unstoppable Domains compresses that address into a simple name like “sandy.nft” which can be used anywhere on the Web3 space.

Difference between ENS and Unstoppable Domains

NTStudio24 asked Sandy how ENS domains and Unstoppable domains differ since they provide the same service to the users. She shared that in Unstoppable domains, the people can own their domains while in ENS people need to rent out or pay a renewal fee to own domains.

“The Unstoppable domain actually travels with you because you own it,” she said.

Unstoppable Domains is an ideal form of what Web3 should be. It is decentralized and it is more focused on giving users freedom than making a profit out of domains.

“I think we have a very strong product market fit. Not only for being able to sign in with one particular digital identity but also instead of using long numbers and letters you just have one name like logan.nft or sandy.nft to sign in,” Sandy explained.

She firmly believes Unstoppable is here to stay for the long term because it is actively involved in partnerships, collaborations, and innovations.

Sandy shared that the future of the next generation internet is Web3 and it will completely change the way things work today, for example, the importance of digital identity will become highlighted.

Sandy gives an example of the healthcare sector where the biggest problem is the patient’s data scattered in different hospitals and clinics leading to 60% of misdiagnoses.  Many Healthcare startups with Sandy today are looking for ways to store an individual’s whole medical history as an NFT which can be fully shared with doctors without missing out on anything.

These are some of the changes that the future of Web3 will bring that Sandy predicts.

Unstoppable women in Web3 is a community founded by Sandy in hopes to empower women. She shared that many communities focus on women in Web3 but she aims to help companies that are helping women establish careers in Web3, this means both traditional companies and Web3 startups.

Sandy believes Web3 is a male-dominated industry that will have a bad impact or affect its progress due to lack of diversity. Since Web3 is the next generation of the internet, it won’t become one if women aren’t involved in it.

“I found that in this space, in Web3 and metaverse only 8% of those in the space are women. If you’re gonna innovate, you’re gonna need diverse voices in the space, and so I started Unstoppable women in Web3 to give support to companies to support the education for women of Web3,” she said.

Unstoppable WoW3 now has over 125 companies that focus on spaces like Blockchain.com, OpenSea, and Opera, to Web3 companies that are joining Web3 such as Google Cloud.

Seeing so much competition for innovation and new technology within the Web3 space, Unstoppable Domains keeps itself relevant by helping companies find value within the industry.

According to Sandy, Unstoppable Domains is doing more than just providing domain name ownership. It is doing partnerships with small startups in gaming, DeFi, Wallet exchanges, and metaverses.

Instead of focusing on competitors, the company focuses on how to add value to customers, which is the same approach Amazon web services take in the traditional world.

By adding value to customers, Unstoppable Domains will grow, the competitors will grow,  and the whole Web3 will grow, which can make the industry relevant and organic.

Sandy shared her excitement about the upcoming partnership and project launches with Unstoppable Domains in the coming months.

The company recently announced a new mobile app enabling users to manage and backup data and ensure it’s protected and secure. They have also added a new NFT feature with a QR code that you can share around with people.

For companies, Unstoppable Domains launched services to help them resolve domain names like turning names back to addresses or vice versa.

Unstoppable Domains will soon be launching a Web3 email which will be used to get emails and have the authority to decide from whom you can receive newsletters or not. In Web3, the privacy of the email is protected, which will be much more convenient than Web2 emails.

Sandy said more exciting news is coming up that will bring innovation to our daily life exchanges via Web3.

NFTStudio24 had a rapid-fire question session with Sandy about her opinions on crypto, Web3, NFT, and the metaverse:

Q. What are your predictions on Bitcoin prices for 2023?

A. It’s definitely gonna go up by next year.

Q. What will be the price of Ethereum after the merge?

A. The Merge is coming up on September 15. I think there will be a lot of speculation as we move forward. I do think there are a lot of fallacies out there about it as well. A lot of people think the merge will reduce gas fees, but it won’t. It might bring us something, and might not. However, I think it will be a strong foundation.

Q. Top 3 crypto coins in your wallet and why?

I believe in what they stand for and where they’re headed.

A. I don’t think people will be saying the term Web3. I think it will be a natural part of the internet. I will be 3D-enabled and so much cooler than it is today.

Q. Do you think the crypto prices will rise this year?

A. This year I think the crypto is gonna be flat or stable but it will climb up in 2023.

Q. Your favorite NFT collections and why?

A. I like BFF or Blockchain Friends Forever because of what they’re doing to educate individual women. I love Lazy Lions because they’re fun and a great community and I like Pudgy Penguins; they just released little pudgys which I really think are cute.

Sandy’s message to developers and creators of Web3

Sandy shares an inspiring message to all aspiring individuals in Web3:

For more information on Sandy Carter or Unstoppable Domains visit:

By signing up, you agree to our Terms of Use and acknowledge the data practices in our Privacy Policy. You may unsubscribe at any time.
Hinza Asif September 6, 2022
Share
What do you think?
Love1
Sad0
Happy0
Sleepy0
Angry0
Dead0
Wink0
Previous Article

“The Sandbox is for Everyone,” NFTStudio24 Interview with The Sandbox’s COO Sebastien Borget
Next Article 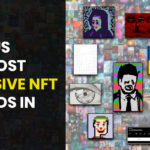 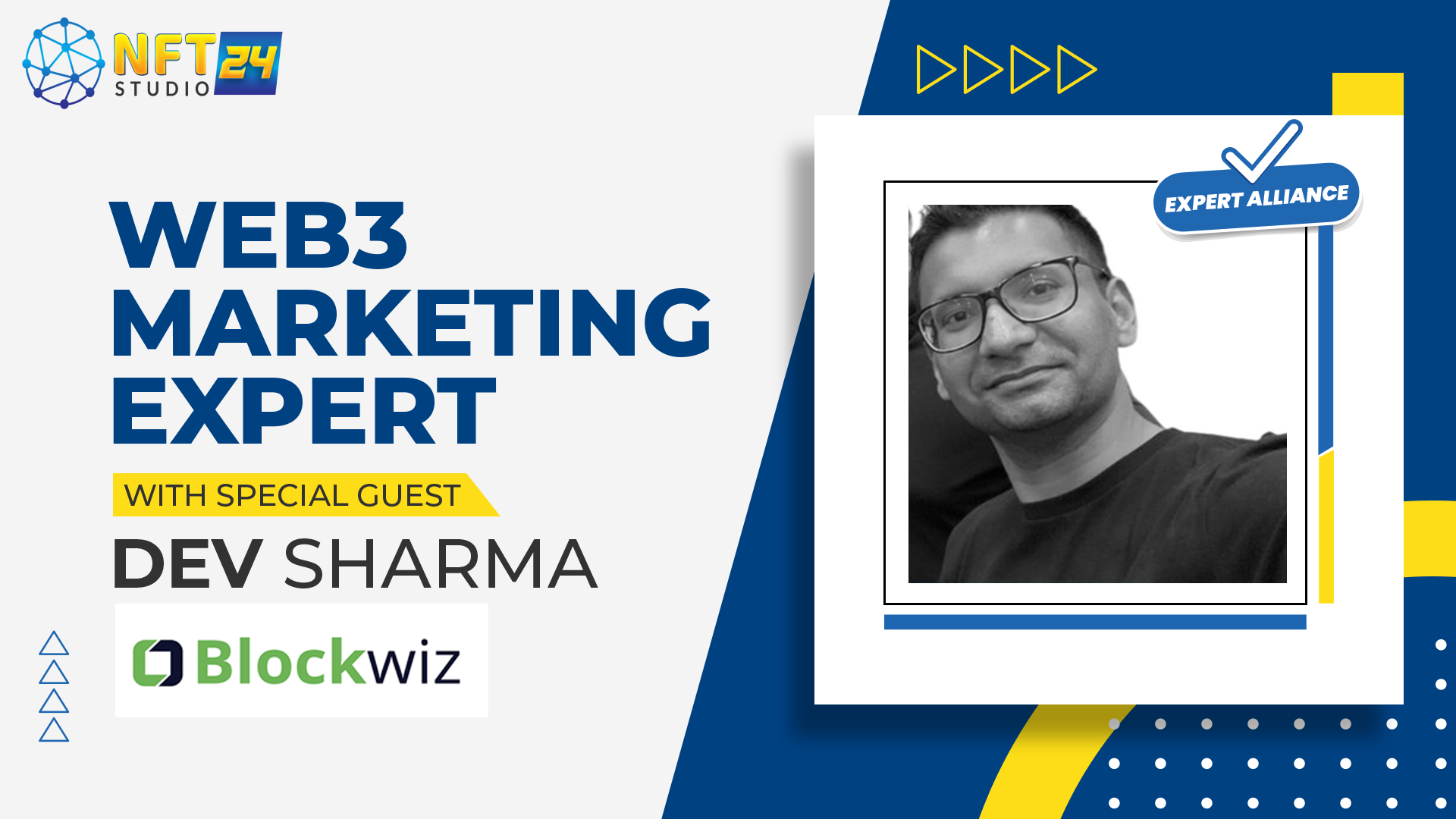 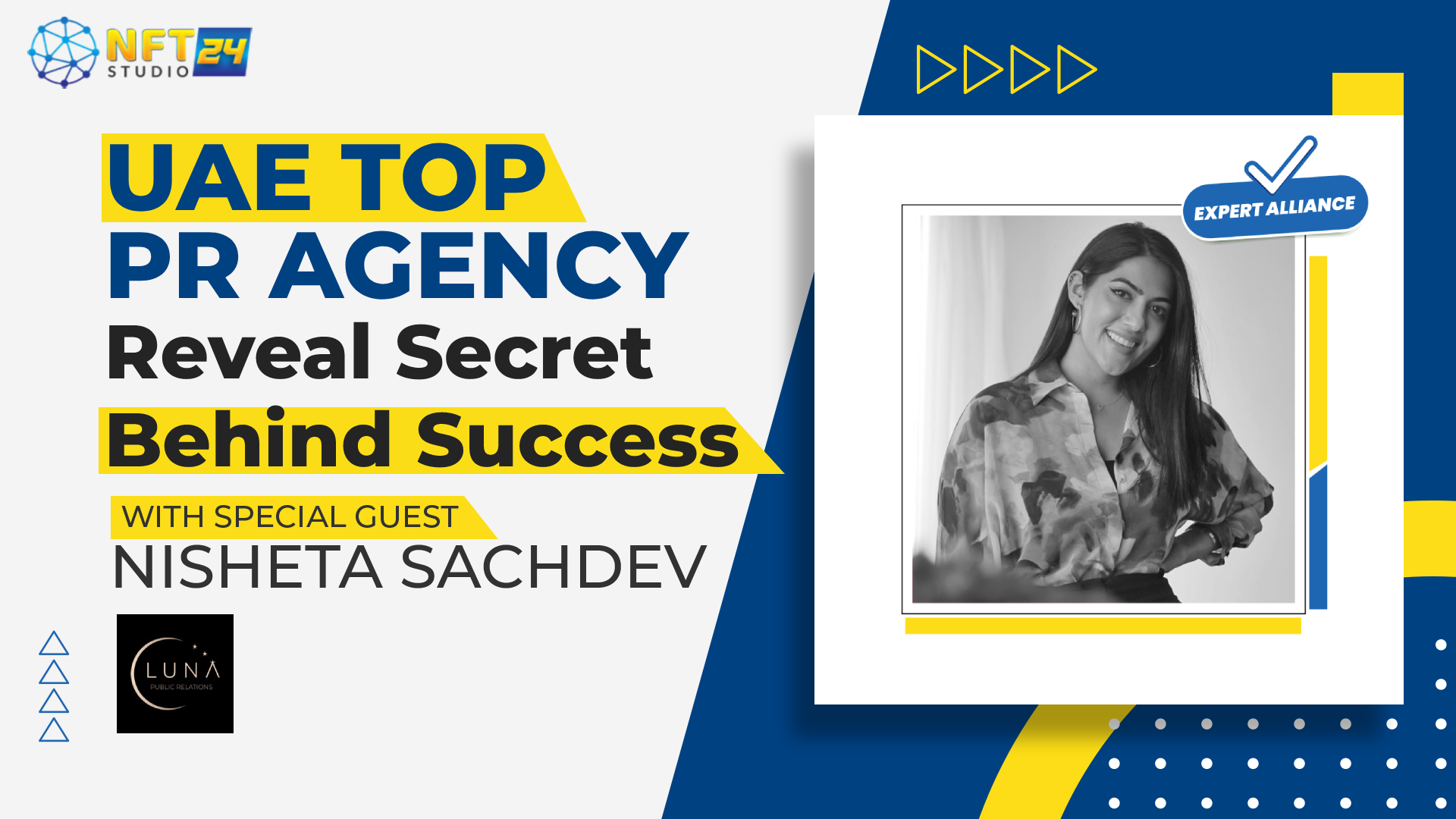 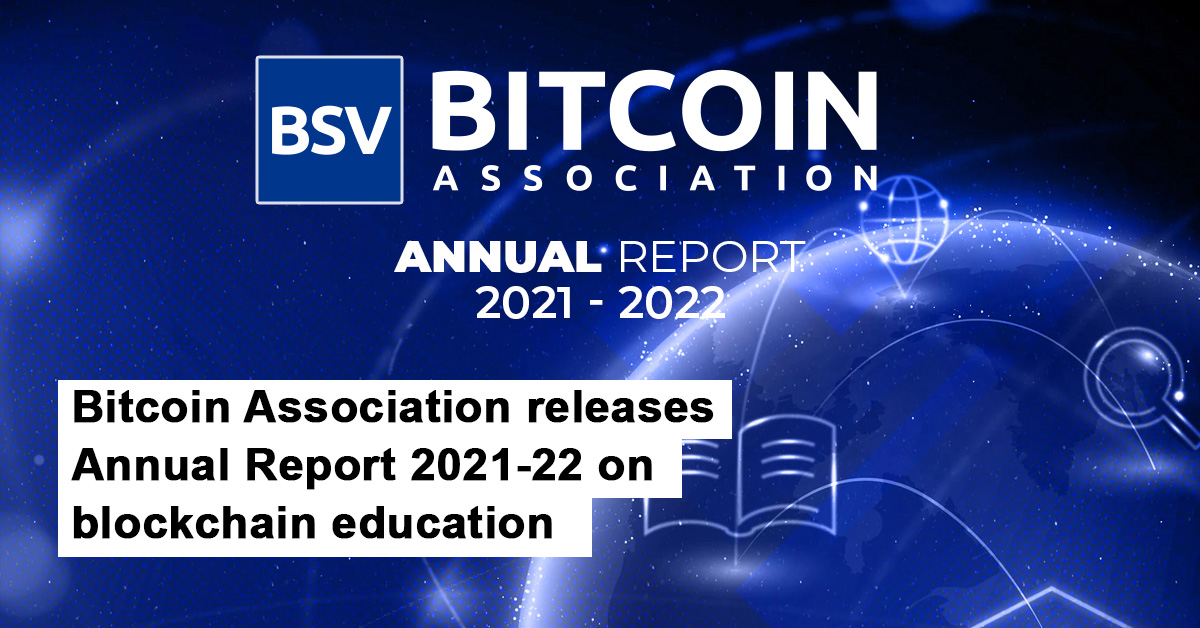