Grease Monkey Games’ Torque Drift 2 Motorsport title will be the first ever worldwide digital experience in which officially licensed Nissan, NISMO, Infiniti, and Datsun NFTs will be available.

The deal announced today takes the long-standing partnership between Grease Monkey Games and Nissan Motor Company for the popular motorsport game Torque Drift and extends it into the metaverse. Torque Drift 2 is the next generation of motorsports game, offering collectable and fully functional NFTs and engaging virtual experiences that will be integrated into Animoca Brands’ REVV Motorsport ecosystem of racing games.

Being built on the Polygon blockchain, an ecosystem that has committed to eliminating all of the network’s carbon debt going back to inception and making the chain climate positive into the future, Torque Drift 2 aims to deliver the most immersive and true-to-life drifting experience in an environmentally friendly way.

Urvit Goel, head of global games business development at Polygon Studios, said:
“Nissan’s entry to the web3 space with Torque Drift 2 represents one of the most exciting and significant implementations of blockchain and NFT technology by a major global brand to date. This collaborative effort between Grease Monkey Games, Animoca Brands and Nissan will go down as a landmark moment in the NFT and gaming space, and we at Polygon are delighted to provide the infrastructure and tools to make it happen.”

Grease Monkey Games is working closely with Nissan Motor company to ensure vehicle and vehicle part NFTs are represented in true to life form. This partnership will give the game studio full access to all Nissan, Datsun, and Infiniti range of vehicle models from past to future. From 3D models, engine variants, rare NISMO parts to vehicle trim options, color choices, horsepower and performance characteristics, special care is taken to ensure exact accuracy.

Arran Potter, the founder and managing director of Grease Monkey Games, commented:
“Nissan is synonymous with drifting and motorsport, full stop. Since drifting began, drivers have been predominantly navigating Nissans around corners sideways. We are working very hard to ensure maximum respect for this important legacy. As drifting enthusiasts ourselves, we are beyond excited to bring this iconic brand and its cars and parts to the Torque Drift 2 world.”

The Spokesperson from Nissan Motor also commented:
“Nissan Motor Co., Ltd, Licensing Business Group is happy to be a continuing Licensing partner for the new Torque Drift franchise. Torque Drift 2 interactive racing is sure to build upon the legacy that Grease Monkey Games has developed from the first title, Torque Drift 1.”

The inclusion in Torque Drift 2 of Nissan as an official licensee and collaborator will enable the game to add an authentic representation of digital NFTs to its ecosystem and gameplay.

Grease Monkey Games, a subsidiary of Animoca Brands, is an Australian video game studio established in 2013 in Melbourne. The company was formerly known as League of Monkeys. Founder and CEO Arran Potter has a wealth of experience in creating visual effects and video games, and has worked on high-profile commercials and films since the early 2000s. Originally a contract-based company, Grease Monkey Games began developing and publishing its own original IP games in 2014. Since then, the growing team of game makers and motorsport enthusiasts has published the successful motorsport titles Torque Burnout and Torque Drift, which have more than 45 million downloads globally, and is developing the new title Torque Drift 2. For more information visit www.greasemonkeygames.com and follow us on Facebook, Instagram, or LinkedIn. 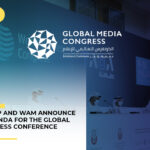 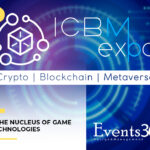