OKX exchange CEO Haider Rafique announced they will be releasing Proof-of-Reserves reports every month as a commitment to remain transparent with users.

The team also released the second PoR report indicating 101% Bitcoin and Tether while 103% Ethereum to handle any financial crises.

Founded in 2017 by Star Xu, the Malta-based centralized exchange aims to bring back the trust in its users by releasing new reports every month.

The collapse of FTX, which was once considered the most popular trading platform in the world, didn’t just affect its users but the whole market as investors continue to pull out their funds from centralized exchanges.

OKX believes releasing these reports will allow users to keep track of the financial position of the company.

The announcement of the report comes following the SEC warning to investors not to trust audits or PoR reports released by Web3 companies. Turns out it will be quite hard for any DeFi platform to attract customers, especially if they are centralized exchanges.

By signing up, you agree to our Terms of Use and acknowledge the data practices in our Privacy Policy. You may unsubscribe at any time.
news room December 24, 2022
Share
What do you think?
Love1
Sad1
Happy0
Sleepy0
Angry0
Dead0
Wink0
Previous Article 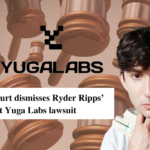 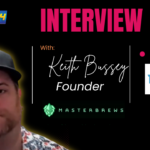