Opensea Retracts Its decision After Community Strong Response. Recently, Opensea announced a clashing decision. The decision was limiting its users’ on its platform.

Opensea recently declared that it withdraws from its decision of limiting the number of NFTs and collection creators can mint using its smart contracts.

Is Opensea Losing Its Credibility?

The biggest NFT space, Opensea previously allowed infinite collections and items on its platform. But suddenly change its rule, and restricted it to only 5 NFT collections containing only 50 items per NFT collection.

This surprising news arrived on Thursday by the official opensea Twitter account. The tweeter post explains that the  restricted decision arrived after it had addressed feedback got about its creator tool”

Then another chasing tweet by opensea, asked its community that share how does this decision impact your creative flow.

Unluckily, the opensea community slams the Opensea Twitter. By debating that their incomplete collection now will never ever be completed. And other users’ noted that they were now part-way via creating collections, numbering in the hundreds to thousands.

One User Hammy. eth complained over tweeter by posting a screenshot. In regard to its NFT collection, its collection comprises 100 NFTs. But due to the restrictions, they stuck at 96 out of a hundred pieces.

However, the creators yet can place their own smart contract to get rid of the limitations implemented by Opensea. However, with the smart contract deployment, the gas fee pricing ranges from $1000 to $2000. As well, some users shared that they will prefer to switch to other competing marketplaces.

The reverse decision was unveiled by opensea official Twitter. Also apologizes to its users’ for not previewing its limitation with its community.

But Why did Opensea, the leading marketplace take this restricting decision for NFT Collections?

The leading NFT marketplace, Opensea stated that the reason behind this restricting decision was that its smart contract was getting abused. And that “over 80% of the items created by this tool were plagiarized works, fake collections, and frauds.”

In this scenario, the Opensea told that “we are focused on solutions to ensure we support our creators while preventing culprits”

Along with it, another particular dispute, an email was delivered to Opensea users who had yet its “inactive listings”  on their account. In which they guided the users’ to cancel their initial listing because recently a bug was detected on Opensea that enables hackers to purchase Non-fungible Tokens at old prices.

You can read for details about this new opensea bug that enables hackers to get discounts up to $1m on leading NFTs.

The News source is Cointelegraph. 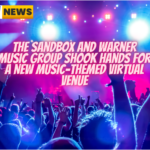 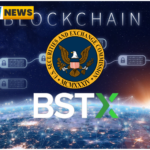