PayPal Coin by PayPal launching soon. A developer Steve Moser found the development of an internal stable coin That was first discovered in the source code of Paypal’s iPhone app.

PayPal, an American financial technology firm has confirmed the plan to introduce its own stable coin “PayPal Coin”.  And the development of an internal stable coin was first founded in the source code of PayPal’s iPhone app by Steve Mooser a developer.

“We are exploring a stable coin, if and when we seek to move forward, we will, of course, work closely with relevant regulators.”

Mooser’s discovery showed that PayPal is working in making PayPal coins, supported by US dollars. Additionally, a PayPal representative clearly said that “the source codes of the iPhone application were made in the latest hackathon.

The digital assets of Paypal are under construction, the name, the logo, and other features of the internal token are subject to change before the inauguration. Previously, the fintech company introduced its new features. That permits the users to buy hold, and pay with digital coins.

In a past interview in November 2021, Da Ponta had stated that “PayPal has not yet seen a Stablecoin out there that is purpose-built for payments.”

As per his sayings, a Stablecoin should support payments at scale while ensuring the security of the network

“There would have to be clarity on the regulation, the regulatory frameworks, and the type of licenses that are needed in this space.”

Moreover, before introducing its own Stablecoin. The PayPal company has taken all the steps to spread crypto-related services in authority out of the US.

Also, last year in September the fintech company declared to initiate a new bitcoin trading services for the UK market. According to a Cointelegraph report, it will allow customers to trade cryptocurrencies. Such as Bitcoin(BTC), Ether (ETH), Litecoin(LTC), and Bitcoin Cash (BCH). 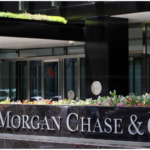 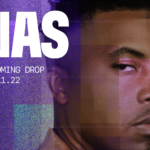 Rapper Nas Enables His Fans To Own Part Of His Music Through NFTs.
Leave a comment